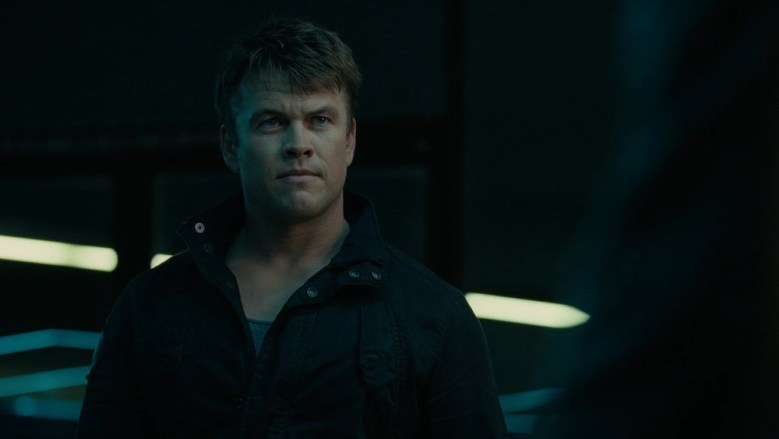 [Editor’s Note: The above video and article contains spoilers for “Westworld” Season 3, Episode 2, “The Winter Line.”]

“That was never supposed to be one-armed.”

That’s how “Westworld” actor Luke Hemsworth responds when asked just how much one-armed axe training he did in preparation for his showdown with various Devos security guards in last Sunday’s episode, “The Winter Line.”

Hemsworth, who portrays head of Westworld’s Security Team Ashley Stubbs, said that just two days before the fight was set to shoot he tore his bicep off the bone, and that the subsequent one-armed axe battle had to be improvised.

“While I shot that scene, my my bicep was completely off, and I could barely lift my arm up,” he said in the interview above. Hemsworth said he could use it a tiny bit, but that every time he did, “it was like an electric shock” and that he could feel his bicep “retracting up a bit further.”

Additionally, Hemsworth revealed when showrunners Jonathan Nolan and Lisa Joy revealed whether his character was a host or not.

“I found out very late in the second season,” he said. “I actually think it was a couple of days before I shot that last scene with Tessa [Thompson].” As to whether or not he thought he was a host before the revelation, Hemsworth said, “Of course I had inklings and my own theories going forth, but it was definitely tough,” and when he received the script with the fateful reveal, his first question was, “Am I?”

Of course after his robot status is confirmed in “The Winter Line,” there’s a synergistic cameo by “Game of Thrones” co-creators David Benioff and D.B. Weiss, so a hypothetical had to be posed to Hemsworth: If HBO ran it’s own Delos-style theme parks, where each “world” was based on one of it’s hit shows (i.e. SopranosWorld, CurbWorld, Arli$$World), which would he most like to visit, and would he be a white hat or black hat?

“Oh, ThronesWorld, for sure, and I think that being a white hat in the show, I’d have to be black hat,” Hemsworth said, before showing off what his broadsword technique would look like — swung, incidentally, with two arms.