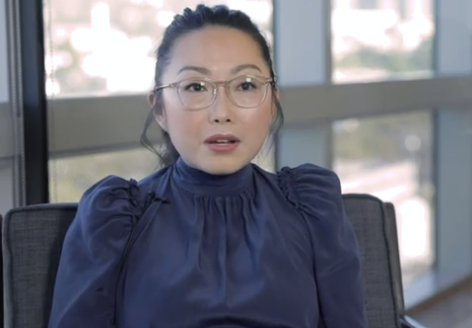 Writer-director Lulu Wang was anxious when she debuted her sophomore film “The Farewell” at Sundance 2019, because not only were 1200 people seeing her true story for the first time, but so was her family.

Wang had long wanted to make the dramedy about her family’s decision to keep secret her grandmother’s life-threatening cancer, staging an early wedding in China in order for them to all visit Nai Nai (Shuzhen Zhao). But Wang faced obstacles at every turn. For American producers, the movie was a subtitled Mandarin-language feature with an all-Chinese cast; for Chinese producers, clearly the narrative was told from an American point of view. Wang could not find a way to authentically tell her story. So she put her script on the shelf.

Only when she was asked what stories she wanted to tell by a producer of the radio show “This American Life” did Wang get a chance to report and rediscover her family story. It was such a pure and thrilling experience that she almost gave up on filmmaking altogether. But when movie producers heard her resulting episode of “This American Life,” the phone started ringing.

Wang was able to raise financing from Big Beach and cast her movie with rising star Awkwafina at a time when she was still defined as a raunchy comedienne. “I realized directing is the way to protect the writing,” Wang told me. “I don’t know how to direct without having worked on the script. A big part of it is developing the tone and getting to know the characters before I know how to cast them.”

Finally, the director was able to make the movie her way. A24 scooped up “The Farewell” at Sundance 2019; the widely hailed film is still playing across the country at a time when most features struggle to hold more than a few weekends.

Check out more details of how this sleeper hit came into being in our video interview with Wang below.

This Article is related to: Uncategorized and tagged Direct, Lulu Wang, The Farewell, Video