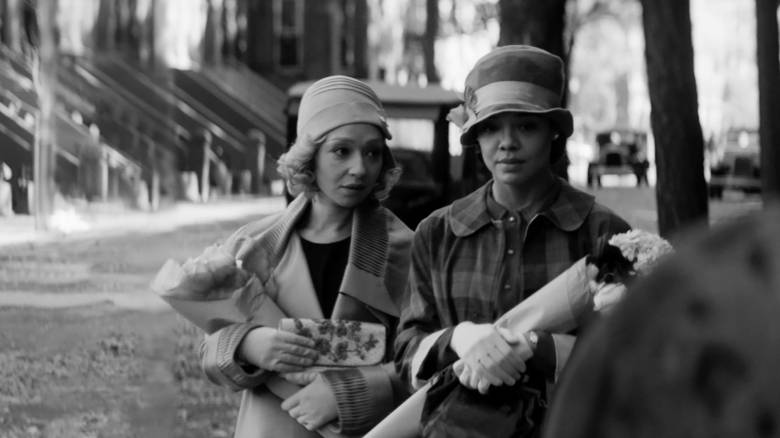 This year’s awards season just got a welcome contrast to Oscar buzz: The 2021 Gotham nominations have arrived, showcasing a wide array of smaller films in major categories where they’re unlikely to surface later in the season. This includes the Best Film category where, with the exception of David Lowery’s “The Green Knight,” all of the contenders come from first-time filmmakers.

Still, that outcome does indicate that two higher-profile debuts are already duking it out this season, and they both come from Netflix: Rebecca Hall’s black-and-white period piece “Passing,” starring Tessa Thompson and Ruth Negga, sits alongside Maggie Gyllenhaal’s Elena Ferrante adaptation “The Lost Daughter.” It seems likely that these two will be gunning for many of the same categories in the months ahead. So which one has the upper hand?

That’s one of the many observations about this year’s Gotham nominations on this week’s episode of Screen Talk. Eric Kohn and Anne Thompson also share their takes on “Eternals” and “Dune,” the latter of which finally opens this week. They close by touching on the Netflix trans solidarity walkout this week and the controversy surrounding Dave Chappelle’s new comedy special.