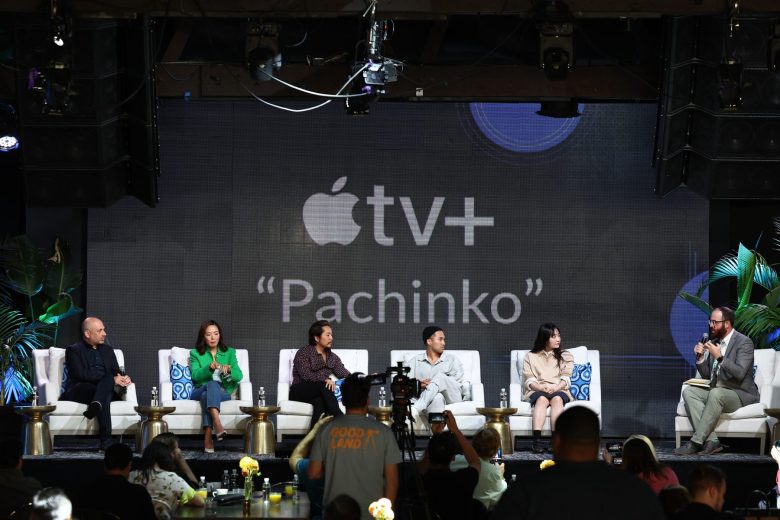 How can a TV show, filmed in three different languages, seamlessly jump between 1910s South Korea and 1980s Tokyo without ever losing its narrative thread? And still feel incredibly current while doing so?

To answer those questions and more, some of the biggest names behind the Apple TV+ hit joined editor Steve Greene for a conversation about the show at IndieWire’s Consider This FYC Brunch in Hollywood on May 12. The “Pachinko” panel included director Justin Chon, stars Jin Ha and Minha Kim, and executive producers Theresa Kang-Lowe and Michael Ellenberg.

“The show was emphatic about finding what’s similar about these environments and time periods rather than focusing on what’s different,” said Ellenberg. “We didn’t want to create a refined, still sensibility for the past. We wanted to show, no, they are us.”

Of course, no conversation about “Pachinko” would be complete without a mention of that iconic opening sequence, which features the cast dancing to “Let’s Live For Today” by The Grass Roots in a pachinko parlor.

The idea stemmed from a desire to get more use out of the pachinko parlor that Baek Mozasu (Soji Arai) operates. The parlor is one of the most detailed sets that the show constructed, and it felt like a shame to only include it in a few scenes.

“I think we need to use this pachinko parlor more,” Jin Ha recalls saying. “I think the vast majority of these machines are actually functioning. So it’s all these vintage pachinko machines. So we were like, ‘do you want to just dance in there?'”

The sequence ended up tying together all of the show’s timelines, allowing characters who would never encounter each other to share the screen. The fact that it only came together because of the detailed work that the production designers did is a perfect encapsulation of the spirit of collaboration that was frequently discussed at the brunch.

Watch the video of the full panel above.