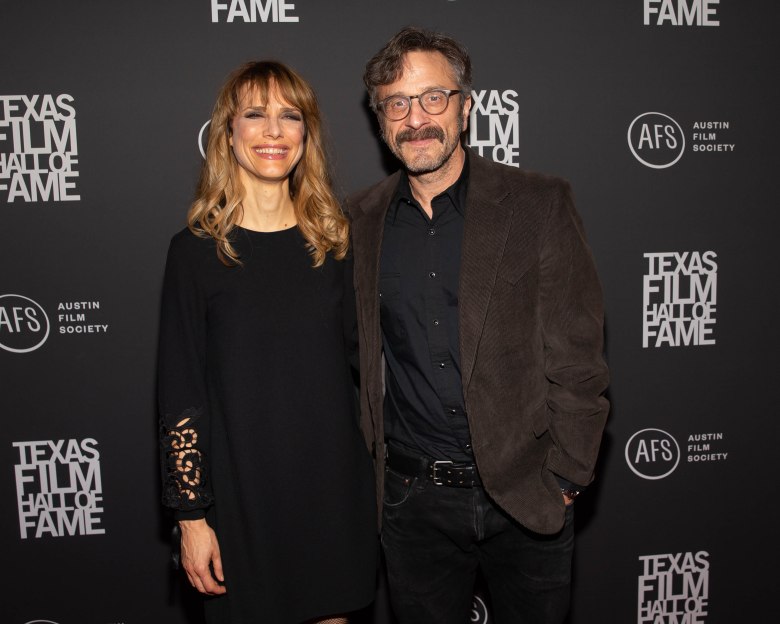 Creative and romantic partners Marc Maron and Lynn Shelton are now also quarantine partners, but they’re keeping plenty busy while sheltering in place as revealed in a recent IndieWire Live conversation via Instagram. As told to IndieWire’s Executive Editor and Chief Film Critic Eric Kohn on May 7, Maron and Shelton are watching classic movies, and chipping away at their next project, which follows 2019’s improvised comedy “Sword of Trust.”

As Maron continues to release new episodes of his “WTF with Marc Maron” podcast, Shelton’s work is also getting major exposure on Hulu, as the actress and writer/director recently helmed four episodes of the hit Hulu miniseries “Little Fires Everywhere.” Throughout the wide-ranging conversation, which you can watch above, they touched on the new film they’re writing, the possibilities of a sequel to 2009’s “Humpday,” and Season 4 of “GLOW,” which was about to start shooting right as shelter-in-place orders hit. Maron has appeared in the series, and Shelton has directed a handful of episodes across the last three seasons.

Their next movie collaboration, Shelton said, is a “domestic dramedy” centered on three characters whose lives are upended by the resurfacing of past events. While “Sword of Trust” was heavily improvised, Shelton said this next film will be scripted. “It’s about a married couple and the brother of the man comes back into the picture, and a lot of stuff is revealed that shifts the reality of the situation,” said Maron, who also admitted he’s not a fan of the writing process.

“I don’t like to write at all. I don’t even like writing my own show,” he said. “For years, we’ve been working on this thing and she decided we’ve got to finish it, which I believe we do. She decided to go through what we had, because we’ve been chipping away at it for years, and she outlined the entire script. We really right now just have to write the second part of the last act… in script form, and then be working with a first draft. We’re close, but I can’t explain to you the resentment and contempt I have for this thing hanging over my head.”

Maron added, “Just thinking about it makes me hate everything. I don’t like her,” he joked, pointing to Shelton. “I don’t like the idea of sitting there writing it. I’ve had it all my life; I don’t know what it is.”

Maron also said that the movies they’ve been watching continue to inspire the unconventional storytelling they hope to achieve with the next film, such as “private eye movies from the ’70s, or the Tarkovsky movies, or ‘Toni Erdmann,’ when you really start to see the movies that take chances around pacing and how story is revealed.” He also mentioned Michelangelo Antonioni as an influence. “You start to realize you can do fucking anything, and it might even be overwritten at this point. That’s what I’m banking on.”