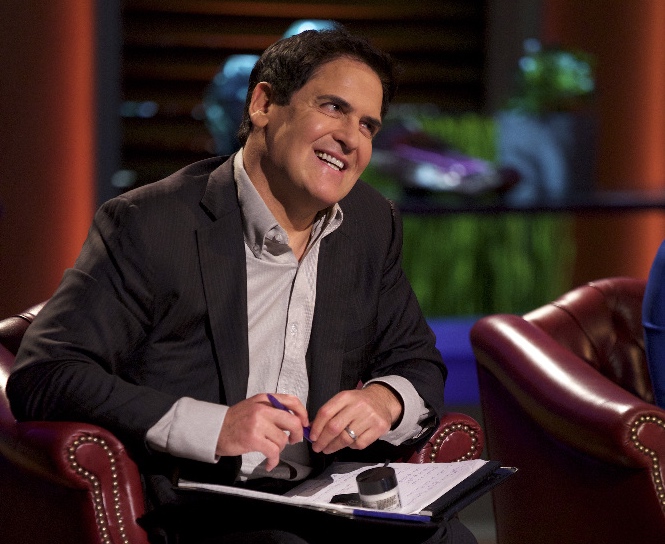 Mark Cuban was already fighting for small businesses before they faced one of the greatest economic crises in American history. Each week, the billionaire entrepreneur puts his passion on display as one of the key decision-makers on “Shark Tank,” which wraps Season 11 tonight. Now that support has taken on new resonance, the reality series puts a tangible spin on the imperative facing job creation across America in the immediate future.

“‘Shark Tank’ talks so much about pushing forward into the future and growing from small to big, creating new opportunities where they didn’t exist before,” Cuban said in a video interview with IndieWire from his home in Dallas, Texas. “That’s exactly where we are — trying to find new opportunities, because things are changing.”

The finale showcases Cuban’s tendency to be one of the more empathetic investors on the show, as he agrees to put $100,000 toward Muslim-run soap company The Mad Optimist, even as the other sharks mock him for supporting a proposal unlikely to turn a profit.

“I think the value creation can be more than just the numbers,” said Cuban, who has been lobbying to get several “Shark Tank” companies to benefit from recent government stimulus programs like the Paycheck Protection Program, even as he bemoans its limitations.

Cuban noted that even as the show continues to celebrate some of its sillier success stories — yes, even he keeps a Squatty Potty in his house — “Shark Tank” has matured over the course of the last decade to focus on more practical needs. In this season alone, pitches have ranged from sustainable vegan products to hammocks and baby blankets, a far cry from the punchline-ready ideas that dominated the show in its earlier years.

“When I first came on as guest, there were fart candles and patches with lights you put on the back of your jeans,” Cuban said. “The entrepreneurs were trying, but they were silly. We’ve evolved to finding companies that are impactful.”

Cuban insisted that a twelfth season was in the cards, regardless of what the future holds for new production standards.

“We’re going to have to change,” he said, and that extends to the types of businesses the show will support. “We’re probably going to look for more optimism; people who have taken steps to create new types of businesses that are unique to what’s happened now and can encourage people to hire and create their own businesses or evolve the ones they’re already in.”

Of course, Cuban’s work extends far beyond his “Shark Tank” responsibilities and even his NBA connections as the owner of the Dallas Mavericks. As the co-founder of Magnolia Pictures, he has been at the forefront of day-and-date film distribution for the past 15 years and continues to keep an eye on the streaming space as an investor in Netflix and Amazon.

However, as movie theaters remain closed, he expressed some gratitude for selling Landmark Theatres to Charles Cohen’s Cohen Media Group in 2018.

“Relieved isn’t the right word, but the timing was fortuitous,” Cuban said.

Still, he had some ideas for how to assess the future of exhibition. “If I was still at Landmark, I would be looking to do private screenings where we could take one family under quarantine together, charge a premium price, and let them sit and watch first-run movies, knowing they’re going to be in a clean, safe environment,” he said. “I think the shock will lead to a reduction in number of screens and the number of locations. That will make a little bit better for those locations that remain. I think it’s going to require a lot more personalization.”

Cuban admitted that the streaming space hasn’t advanced as fast as he predicted all those years ago. “I think where we are is where we expected it to be 10 years ago,” he said. “When we first started the streaming industry, I was making projections that by 2005 television would be replaced. We’d be experiencing these big screens at home. I was obviously wrong.”

As for the Mavericks, Cuban is taking a wait-and-see approach. He shrugged off a recent report about several NBA stars pushing to resume the current season. “Cameramen want to be behind the camera and athletes want to play,” he said. “We’re going to do everything possible to try to make it happen safely.”

He wasn’t exactly enthralled by the government’s response to the crisis at hand. “We haven’t really seen much leadership from the White House,” he said. “We just need some leadership because effectively we don’t know who to trust with our lives.”

Watch the video above for more from Cuban on his experiences working on President Trump’s economic council, why he isn’t afraid to criticize the POTUS, and won’t rule out a move into politics at some point down the line (just not quite yet).