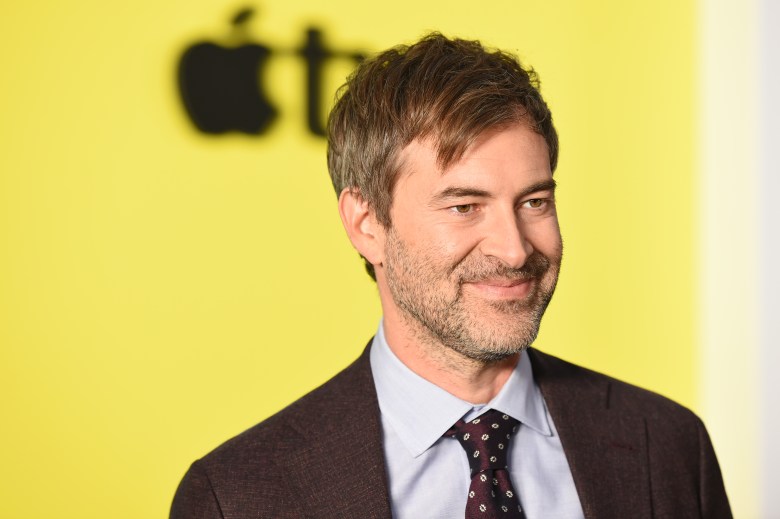 Indie film and TV multi-hyphenate Mark Duplass is keeping busy during quarantine in Los Angeles. During a recent Instagram Live chat with IndieWire’s Eric Kohn, the “Wild Wild Country” executive producer and “The Morning Show” star revealed that he’s more productive than ever. That’s both in terms of his own writing output, and how he wants to help struggling indie filmmakers devastated by the coronavirus’ impact on the festival circuit who are now without premieres for their movies.

“I am writing more and better than in the pre-coronavirus world, because I have less phone calls, less meetings,” he said, noting that he was one week into shooting Season 2 of “The Morning Show” when production shut down. “That opened up this massive gap in my life,” Duplass said. “All the jobs postponed for that sucked for so many people. For me, it is an unexpected gap, and I don’t [typically] have a lot of quote-unquote free time, so that has allowed me this space. I am writing a whole TV series on spec right now that I never would’ve had the time to do.”

With projects all over the streaming ecosystem, including Netflix and Apple and Amazon, Duplass said he and his brother Jay are leveraging their clout to try and elevate those small films now without a home through their Duplass Brothers Productions.

“[The streamers] are all doing their best overtime watching pretty much every movie that’s being submitted to them from the festivals that didn’t have their premieres,” Duplass said. “We as Duplass Brothers have also come forward to those people and said, ‘If you find a movie where you feel like ‘This is really great but it’s not there yet,’ bring it to us and we will help partner with you to make that movie what you feel like it needs to be for your service.”

Duplass and his company have the tools to do so, as he said that, for the most part, his staff have been able to continue post-production work from home. “Logistically we all congregate in this huge house on the east side [of LA] that is our office, so we shut that whole thing down,” he said. “We sent our full-time employees home with pay, and the people who are making things, in particular the editors, we’ve sent them home with the machines.”

Duplass said that his editors use Zoom to conference with directors, and view cuts remotely. He added that things are “staying on their feet, moving a bit slower, but they’re not dying.”

He also reflected on the ability for independent studios operating in the shadows of the big streamers will weather the pandemic’s effect on the industry, especially without a festival market to offer new films for acquisition.

“There are so many positives and negatives to where we’re at with the prominence of streamers, what they have done to places like IFC and Magnolia who’ve been around for years and who are an integral part of our ecosystem.” he said. “They were really damaged by some of these acquisition prices at film festivals. We used to … sell our movies to these niche distributors, and we wouldn’t hammer them for too much money because if we did, they wouldn’t be around to make our movies next year.”

Duplass said that while his work doesn’t necessarily require a theatrical experience, many independent filmmakers need it, especially now. “I’m not making Terrence Malick movies,” he said. “I am making movies about faces and feelings, and it’s fine if they’re seen on a 42-inch television in your home. But some people really need that, and the communal experience is beautiful.”