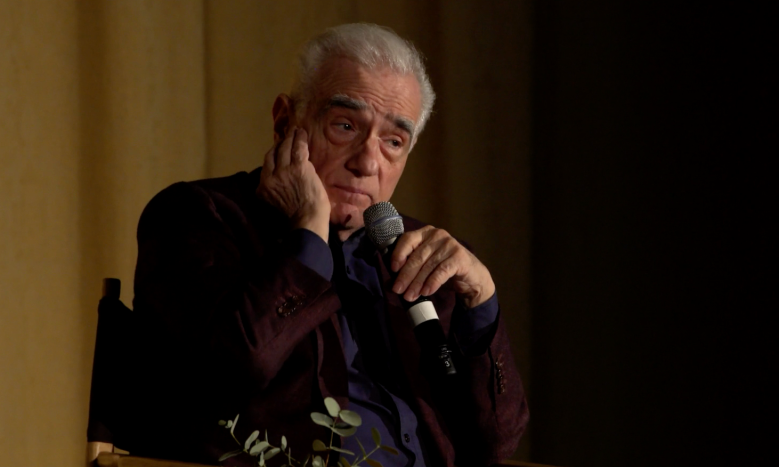 As much as his career has been defined by gangster epics such as “Goodfellas” and “The Irishman,” Martin Scorsese is also a connoisseur of the nonfiction film. His documentaries have mainly taken the form of music studies, including “George Harrison: Living in the Material World” and “No Direction Home.” A recent SFFILM tribute celebrated Scorsese’s documentary output with a conversation with the director, and IndieWire has the full video exclusively — as the closing night presentation of SFFILM’s Doc Stories film series.

Scorsese’s documentaries haven’t always adhered to a strictly fact-based approach, however. This year’s Bob Dylan docu-dive “Rolling Thunder Revue,” his second foray into Dylan country after “No Direction Home,” melds a history of the folk icon’s ground-shaking 1975 tour with tall tales told by the likes of Sharon Stone and a Robert Altman character named Jack Tanner.

It’s that free-play between fiction and nonfiction, Scorsese said at the SFFILM talk, that interests him most, and the director poignantly argued that the delineation between documentary and narrative films shouldn’t be so black and white.

Scorsese attributed his documentary education to years growing up watching documentaries at the Thalia Theatre in New York. This was “the first time I ever saw an Eisenstein film,” Scorsese said in the conversation.

“This led to the awareness particularly of this kind of filmmaking when I started taking film courses at NYU in 1960. But by that time, there’s [DA] Pennebaker, there’s [Richard] Leacock, there’s the Maysles, John Cassavetes with ‘Shadows,’ and Shirley Clarke’s ‘The Cool World,'” he said. Those latter films, collapsed the barrier between documentary and fiction to create a bracing new kind of realism that grappled with social issues in a vérité European style at the vanguard of independent filmmaking in America.

“There was no difference between what I saw on television and what I saw in the movie theater, and it could be done. In a sense, they’re interrelated so much,” Scorsese said of documentaries and fiction movies.

“Once I saw ‘Shadows,’ even though it’s another world for me, and different culturally… I told my friends, ‘There’s no more excuses. We can do it.’ Depends on what you have to say. So we started doing everything we could, even if we didn’t have anything to say. But we knew that the pictures could be made, and the documentary element was there all the time,” Scorsese told SFFILM moderator Rachel Rosen. “Anyone who made narrative films in 1959 or ’60, that was out here, on the west coast. There was very little in New York. It was independent.”

Scorsese said that in coming into his own as a filmmaker, he felt liberated by the idea that you didn’t have to put a barrier between documentary realism or narrative fiction onscreen. “How should I put it? It should be a film. It shouldn’t be a documentary or a fiction film; there should be no difference,” Scorsese said. “That is happening now. too. It shouldn’t be pigeonholed into ‘a documentary is this way, and that’s nonfiction.’ What if it’s all together? What if you could pull from everything and experiment with it.”

It’s that very filmmaking ethos which ultimately became “Mean Streets,” Scorsese’s 1973 film that continues to define the maverick’s sensibilities and fascinations as a director hovering in the criminal demimonde, and the grotesque mirror it holds up to us all — right up into this year’s “The Irishman.”