By Tyler Hersko and Libby Hill 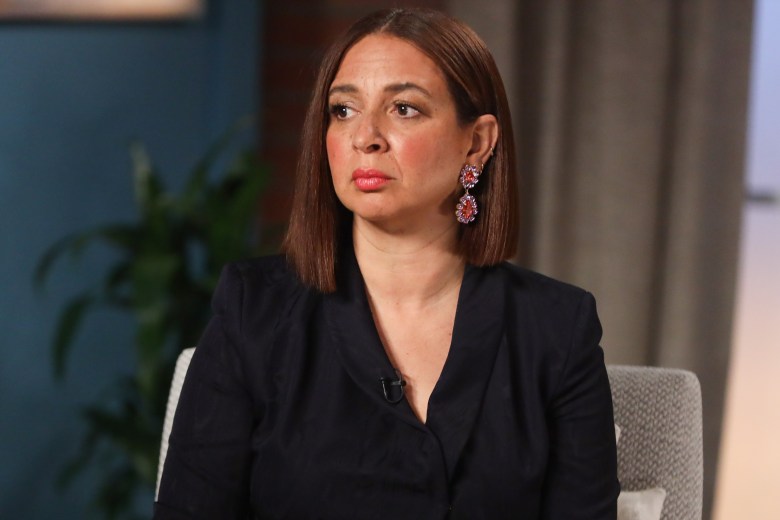 There were no shortage of celebrity reactions to Tuesday’s news that Sen. Kamala Harris (D-CA) had been selected as Joe Biden’s vice presidential running mate, but the announcement reverberated strongly with Maya Rudolph, who has portrayed the senator on “Saturday Night Live.”

Rudolph discussed her reaction to the news in an interview with IndieWire TV awards editor Libby Hill on Tuesday afternoon. Rudolph, who portrayed Harris three times on “Saturday Night Live” and recently received an Emmy nomination for her impersonation, told IndieWire that Harris’ selection gave her hope and energized her to pay more attention to the 2020 presidential election.

“It feels hopeful, as a human living in the United States. It’s terribly exciting to feel like someone so incredibly worthy of the nomination has it, and someone who I admire and respect,” Rudolph said. “It makes me feel energized to follow the campaign. As a person who for so many years played different people, it’s such a joy to get to be part of the race.”

The “Saturday Night Live” team is making plans to return to studio production at NBC’s Manhattan studios in time for Season 46, which is slated to premiere in the fall. While nothing is set in stone it wouldn’t be surprising to see Rudolph reprise the role as the November 3 election inches closer. Rudolph praised the show, which is famous for political impersonations ranging from Alec Baldwin’s Donald Trump and Larry David’s Bernie Sanders to Melissa McCarthy’s Sean Spicer — as a way to cope with current events. She adds that it’s difficult to determine which political impersonations would be short-lived and said she considered herself lucky to portray Harris, given her VP nomination.

“The show is such an incredible place for people being able to connect with each other about how they’re feeling about the state of the world, the election, and what’s going on. It’s kind of luck of the draw,” Rudolph said. “Sometimes you look like people, sometimes you don’t. I remember talking with Tina (Fey) about the very same thing, you never know how these things are going to go. For me, to have had the chance to play (Harris) in the place that will always be my first love, it’s an extra gift. It feels incredibly lucky.”

IndieWire’s full interview with Rudolph will be published at a later date.