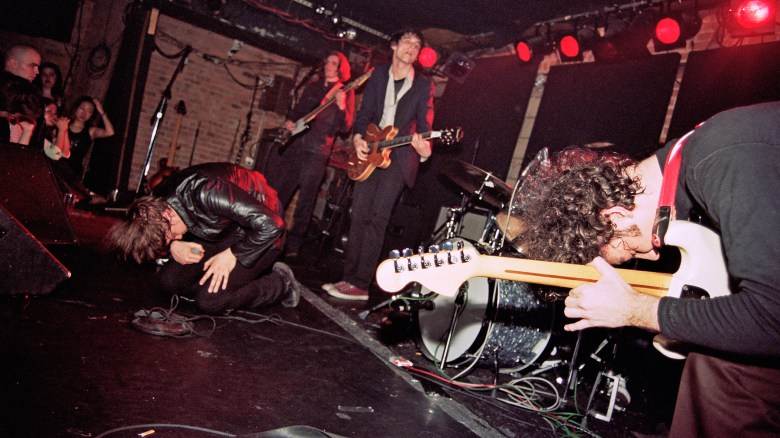 Years in the making, Lizzy Goodman’s oral history of the New York City rock scene between 2001 and 2011, “Meet Me In The Bathroom,” excited filmmakers Dylan Southern and Will Lovelace when they first got their hands on a copy ahead of the book’s 2017 release.

“It’d be hard to imagine reading that book and not being excited about it, if you’re a filmmaker, about the potential of bringing it to the screen,” Southern said during an interview in the IndieWire Studio, presented by Adobe. You can watch the full conversation moderated by IndieWire Editor in Chief Dana Harris-Bridson in the video above, where Southern was joined by Lovelace and Goodman.

For Goodman, the era defined by her book begins with the rise of bands like The Strokes, Yeah Yeah Yeahs, and Interpol, and ended in 2011, when that scene born in bars and clubs in New York had clearly grown to something much bigger.

“I went and saw the then-final LCD Soundsystem show at Madison Square Garden and also in the same couple nights saw The Strokes play MSG for the first time,” she said. “Those experiences left a really clear mark of this notion that there were now bookends on this time.”

In fact, Southern and Lovelace were at that LCD Soundsystem performance, filming their documentary “Shut Up and Play the Hits,” which profiles frontman James Murphy on his journey to his band’s final concert. For “Meet Me In The Bathroom,” the filmmakers similarly sought to zoom in. At first they hoped to make a four-part documentary series to cover the book’s sprawling timeline, but then they adopted a feature format and a focus on the pre-9/11 birth of this time period in music.

“Our big thing was we don’t want to make a ‘Behind the Music,’ we don’t want to make something that feels too retrospective that has talking-head interviews, or too much cultural commentary. We just wanted to drop people into the time and let the story unfold the way it does in the book,” Southern said.

The film relies heavily on contemporaneous interviews from the time. “Having people in the moment to make a document of that time is better than having people now talking about it,” Lovelace said. It also uses current interviews with the bands, as well as material from the years of interviews Goodman did for the book.

This Article is related to: Film, Video and tagged IndieWire Studio, Meet Me in the Bathroom, Sundance