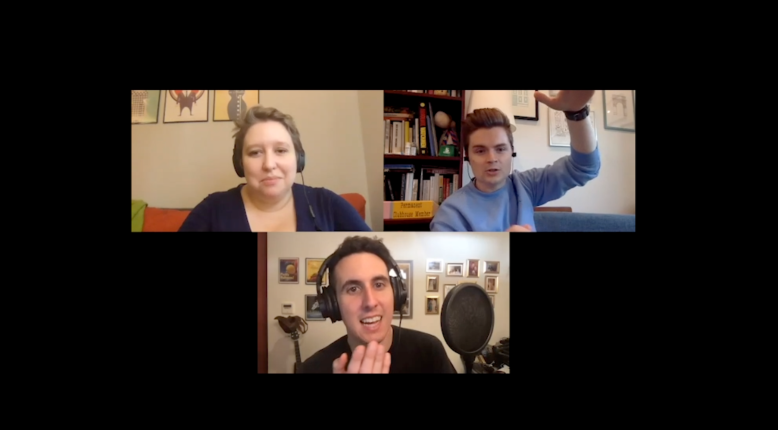 Planning for a TV version of IndieWire’s Awards Spotlight feature began months ago, long before most anyone stateside had the slightest idea of what the global landscape of 2020 would turn into. We saw it as an opportunity to further IndieWire’s dual philosophy of curation and advocacy, a way to cut through the noise of Peak TV and celebrate those performances, series, and creators that have distinguished themselves from the rest. Filmed in a brand-new, state-of-the art, on-site studio in the PMC building, and sponsored by National Geographic, Awards Spotlight was set to be a high-end affair, worthy of the level of talent participating.

This week, Awards Spotlight launched as a very different product than originally conceptualized, a reflection of the world we now live in, so very different than it was six months ago. Instead of glamorous and refined, our focus on Emmy contenders is intimate and sometimes a little messy — a trade-off maybe more fitting for an establishment that started as a newsletter, grew, and thrived thanks to a small, scrappy, make-it-work ethos that persists to this day.

Instead of stopping by our new studio to talk about television and their creative process, stars instead have been inviting us into their homes (via Zoom, naturally), allowing us to breach their personal bubble and chat, as we collectively experience the unimaginable.

What I’m trying to say, as IndieWire’s TV Awards Editor, is that while I’m disappointed Awards Spotlight is not what we hoped it would be, I’m thrilled over what it actually is. With the world still gripped in the teeth of unimaginable tragedy, we made something that might just make people feel less alone, even for a little while.

There’s something deeply humanizing about “Mrs. America” star Rose Byrne frantically trying to adjust her lighting levels throughout our conversation (which we quickly recorded during naptime), or “Unbelievable” stand-out Kaitlyn Dever chatting casually with us from her kitchen, or “Westworld” stalwart Jeffery Wright digging into his involvement with “Brooklyn for Life,” a non-profit focused on feeding the borough’s frontline workers, or “Succession” lead Jeremy Strong admitting that with two children under the age of two, all of his lockdown time is spent being a father.

And while not all of these moments will necessarily make their way into the videos you see from Awards Spotlight, it’s important to me that you know they happened. These are not your typical promotional interviews. Instead, they’re Hollywood’s best and brightest inviting us, inviting you, into their homes to sit and chat for awhile, as we all try to make it through the day.

For more unchecked gushing over Awards Spotlight, check out this week’s episode of “Millions of Screens” with me, Libby Hill, TV Deputy Editor Ben Travers, and Creative Producer Leo Garcia. But wait, there’s more! Though still recorded from the comfort of their respective Los Angeles-area apartments, this week again offers a video-version of the podcast, as embedded above. See which cats make the cut this week and make sure to see how many times someone rolls their eyes while someone else is talking!

Also, it’s finally happening: Ben “Train Detective” Travers dishes about “Snowpiercer,” a series determined to please only long-time fans of TNT dramas. Plus, spurred by Jeffrey Katzenberg’s buck-passing regarding Quibi’s shortcomings, we find out if Leo can actually bring himself to delete the app.

This Article is related to: Awards and tagged Direct, Millions of Screens, Podcasts, Video