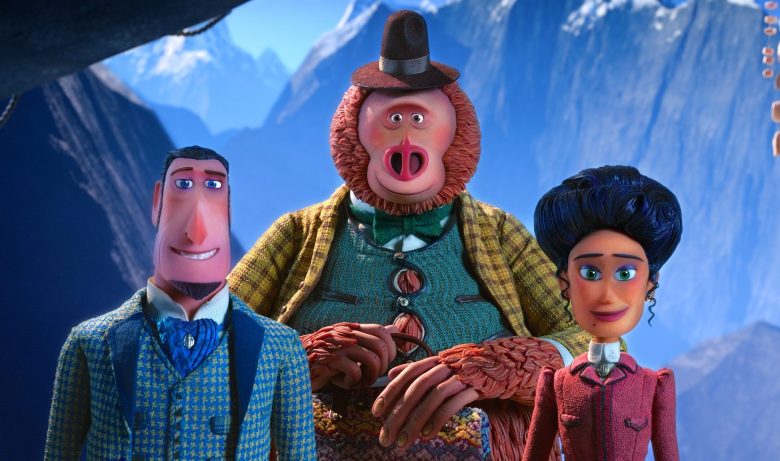 Laika got more epic with its fifth stop-motion feature, “Missing Link,” the globetrotting, “Indiana Jones”-inspired adventure/comedy, which required costume designer Deborah Cook to tackle Victorian fashion design spanning London, the Pacific Northwest, and the Himalayas. In fact, all of the puppets were built 20 percent smaller than usual, while keeping the enormous Sasquatch named Mr. Link (Zach Galifianakis) at an animator-friendly size of 16 inches tall.

(Cook spoke to me as well as to Chris O’Falt at the recent IndieWire FYC Brunch, see video above.)

“If it’s a real person, in live action, wearing the costumes, they move with that person, and all that comes for free,” Cook said. “But, with our animation characters, they’re 1/5th or 1/6th scale, and we have to build in all of that under structure to make them work when they move, so that the flow of the costume, which is shot at 24 frames-per-second, looks like it’s actually a movement.”

True to Laika’s mandate to push stop-motion aesthetics in new areas of exploration, “Missing Link” clearly departed from its four Oscar-nominated predecessors. Here, Cook found inspiration in the particular patterning, stitching, and embroidering of the Victorian period for explorer Sir Lionel Frost (Hugh Jackman), his Sasquatch sidekick, and his stylish ex-girlfriend Adelina Fortnight (Zoe Saldana). “For Lionel’s suit, it was going back to that era in London and looking at woven wear back then,” added Cook.

“We hand-crafted everything, from the smallest details of the jacket patterns in his pocket. Even the fabric of the gloves accurately represented that era,” Cook said. “Adelina goes from a dressing gown to her Victorian mourning dress. The choice of color [fuchsia] and the level of detail gives you a clue as to the kind of character that she is. We’ve patented on our own weighted lining [a combination of powered pigments and glues] to give gravity and movement to the costumes that naturally follows the movement of the puppets.”

“Lionel’s houndstooth suit contained interlocking star shapes to represent the proper weave, and the rich blues and yellows reflect his modern, fashion-forward sensibilities,” added Cook. “Adelina, also fashion-forward, sports a swan-bill corset beneath her fuchsia dress with vivid purples and blues. Her hair uses nearly 2,000 feet of multi-colored silk thread, blended and styled by hand to mimic the shapes and linear qualities of the pen and ink illustrations of the “Gibson Girl” look.

Cook also researched how Yak fur grows and applied it to Mr. Link by scaling the material to comfortably fit the puppet. She additionally used William Morris Wallpaper textile design as a reference for the patterns in the clothing as well as in Mr. Link’s fur. And the vivid colors were a result of early 20th century innovations in synthetic dyes.

Cook, the only stop-motion nominee for the Costume Designers Guild Award (“Kubo and the Two Strings”), enjoys building personality into characters. It’s an opportunity to use the research as a stepping off point. “They’re very vain, these characters, they like their clothes,” Cook said about Frost and Adelina. “So we’re trying to find them the most fashion-savvy cloths of the moment.”