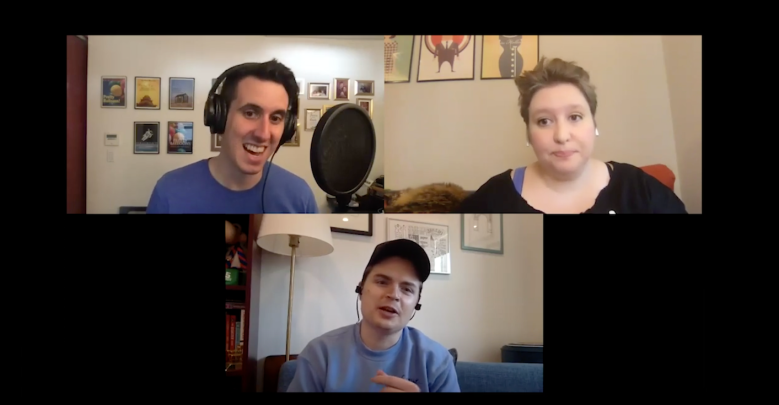 FX’s “Mrs. America” is a tremendous limited series depicting the dueling efforts behind the push for (and against) the Equal Rights Amendment throughout the 1970s. Sterling performances from many of Hollywood’s most brilliant actresses (including Rose Byrne, Uzo Aduba, Margo Martindale, and Sarah Paulson) serve as the bedrock on which the series is built, anchored by a towering turn from Academy Award-winner Cate Blanchett portraying anti-abortion, anti-feminist, conservative dynamo Phyllis Schlafly.

That is, of course, just one person’s opinion. Plenty of internet ink has already been spilled over the series, and the critical response has been glowing, with the show ranking among the most highly acclaimed of 2020. So what is it about “Mrs. America,” a largely unimpeachable limited series, that makes it so hard for some people to stomach? And what does it mean if young(ish) progressive women who should be among the show’s target audience can’t bring themselves to watch?

In discussing “Mrs. America” online, anecdotal evidence found many such women who shied away from settling down with the series, for fear of how it might glorify Schlafly or spur despair over the — spoiler for America history — fact that the ERA ultimately failed.

I can say with confidence that “Mrs. America” successfully accomplishes a near impossible task with Schlafly: not glorifying her, not even asking people to empathize with her, but depicting her personal struggles and machinations delicately all the same. But it was trying to sit down, an hour at a time, and watch Blanchett embody a woman with such drive and verve, all dedicated to cleaving to an archaic understanding of male supremacy, all the while chafing at the idea that she is not, in fact, a man. Schlafly was the ultimate “do as I say, not as I do,” as a woman who threw herself into her work outside of the home, baldly refusing to acknowledge how counter her actions were to her anti-feminist declarations — truly, a feminist in homemaker’s clothing.

And while it’s admirable to examine both the fearlessness and failures of second wave feminism, it’s heartbreaking to realize how little the cause has been furthered in the 50 years hence. White feminists still regularly fail to embrace intersectionality, marginalizing women of color and failing to recognize much of the growth and change within the LGBTQIA movement, among so many other failures.

It hurts to see where the roots of the modern political crisis were sown and the direct lines that can be drawn between campaigns of misinformation, where truth can be shouted down and individuals with all the power can paint themselves as underdogs. It hurts me to watch “Mrs. America” because the past is painful; almost as painful as the present.

But “Mrs. America” is important. As uncomfortable as it can be, it’s important to see the power of grassroots campaigns, even if they’re working for causes we disagree with, and it’s valuable to see our own failures as a movement historically, as it reminds us to do better moving forward. There is value in well-made television that makes our stomach turn and our blood boil because it reminds us that we still care and hurt and rile at injustice and those who seek to perpetuate it and that, in the face of malaise, is a truly powerful prospect.

To dig more deeply into contrasting opinions about the nature of “Mrs. America” and how conservative a woman can really be if she names her daughter Phyllis Shlafly Jr., stop in for this week’s episode of “Millions of Screens” with me, TV Awards Editor Libby Hill, TV Deputy Editor Ben Travers, and Creative Producer Leo Garcia. Still recorded from the comfort of their respective Los Angeles-area apartments, we’re again offering viewers a delightful video-version of the podcast, as embedded above. Take special note this week of Libby’s inability to speak straight into the camera and think long and hard about Ben’s choice to wear the same sweatshirt — albeit a custom sweatshirt celebrating the light of our collective lives, star of “The Leftovers” Carrie Coon.

Plus, delight in the pointy, pointy barbs exchanged between those characters who found themselves all-in on ESPN’s conclusion of “The Last Dance” and one particular lifelong Celtics fan. And as if that weren’t enough enticement, stay tuned as Ben walks Leo and Libby through the magic that was the, yes, the “Snowpiercer” virtual premiere party — a sneak peek into what could very well be the future of this year’s Emmy FYC events. Also, there is maybe a ghost.

This Article is related to: Television and tagged Direct, Millions of Screens, Mrs. America, Podcasts, Video