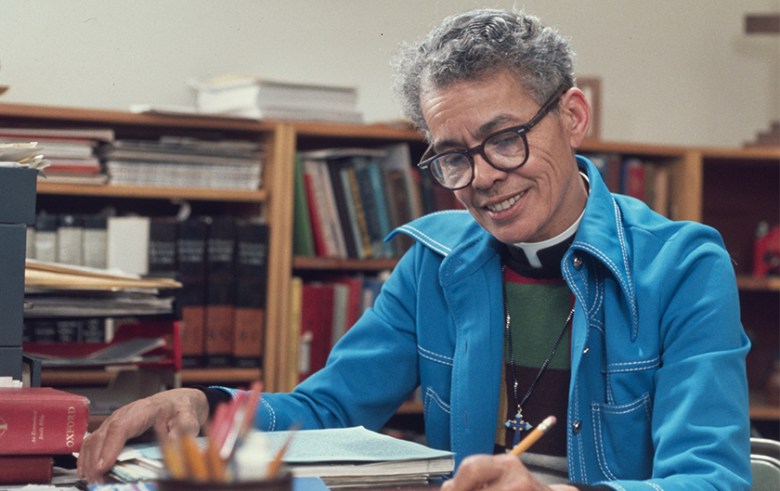 Co-directors Julie Cohen and Betsy West received an Academy Award nomination for their documentary “RBG,” on the life and career of late Supreme Court Justice Ruth Bader Ginsburg. It was during the making of that project and the subsequent conversations that occurred during the release that they first learned about their next subject.

Pauli Murray, a non-binary Black lawyer, activist, poet, and Episcopal priest, seemed to have been ignored by history, at least as far as widespread knowledge of their story. Born in 1910, Murray was instrumental for both the women’s and the civil rights movements. “My Name is Pauli Murray,” the resulting film from their eventual investigation, premiered at the Sundance Film Festival in January.

“RBG gives credit to Pauli with coming up with the innovative idea of using the 14th amendment to win equal rights. It really wasn’t until after the film aired that we looked into Pauli’s background and were just blown away by what we learned,” said West during a virtual Q&A as part of the International Documentary Association’s annual screening series.

Initially, they were uncertain of whether making a film about someone who passed away nearly 35 years ago was feasible. But what made the project viable was Murray’s own foresight to deliberately leave behind plenty of materials, text and audio recordings, that provide insight into both their professional and personal life. The 141 boxes of information that Murray sent to the Schlesinger Library at Harvard served as the basis for the filmmakers’ work.

“The existence of all these papers and all these audio tapes was quite intentional on Pauli Murray’s part, in some ways it’s just another way that Pauli was so precious and just thinking through like, ‘Okay, so maybe society isn’t ready for me now, but at some point people are going to be ready. And for one who wants to see and hear and read this story, I want to leave the materials that make that possible,” explained Cohen. Watch the video of the directing duo’s interview with political strategist Shaniqua McClendon above.

In addition to learning of Murray’s commitment to advancing social causes, including their notable contributions to Thurgood Marshall’s arguments in Brown v. Board of Education, the directors were also taken with their private battles. There was Murray’s struggle with gender identity before there was the proper language for it, and the discovery that Murray found romantic fulfillment with Irene Barlow.

Further proof of Murray’s conscious preservation of their legacy for future generations is that some of the pages in the saved diaries were ripped out. What was found is likely what Murray wished for them to find, including letters written to physicians about testosterone treatment. According to Patricia Bell-Scott, an author and a consulting producer on the doc, who wrote the book “The Firebrand and the First Lady” about Murray’s friendship with Eleanor Roosevelt, Murray wanted a biographical film to be made.

“There was some real thought behind saving these, there was more than 40 hours of recorded audio of Pauli’s voice,” said Cohen. “That would be a lot even for a much more documented person in life. So that’s pretty incredible stuff and great planning and thinking about what materials might be necessary to tell someone’s life story — by Pauli Murray.”

Although sexism and racism likely played a part in the delayed recognition for Murray, Cohen and West believe that another factor was the eclectic nature of the legal strategist and religious figure’s approach to their mission. Since Murray participated in multiple fields at different points in time, perhaps it was intentional to remain on the move, almost indefinable.

Still, had Murray’s efforts and successes been acknowledged at the time, maybe others with a similar identity might have found a much-needed beacon of hope earlier. “If people had had that example of someone so accomplished, so significant in our history who also was gender non-binary that might’ve provided a lot of encouragement,” said West.

While Cohen and West can’t take credit for “discovering” Murray, considering Murray’s trailblazing activities have been studied by Black women academics, their hope is that their documentary turns people on to reading books written by and about Murray, particularly their poetry works such as “Dark Testament.”

“In some ways we feel it would be a very good starting point for understanding, not just Pauli’s biography, but how Pauli’s story interweaves with American history going back centuries,” added Cohen.