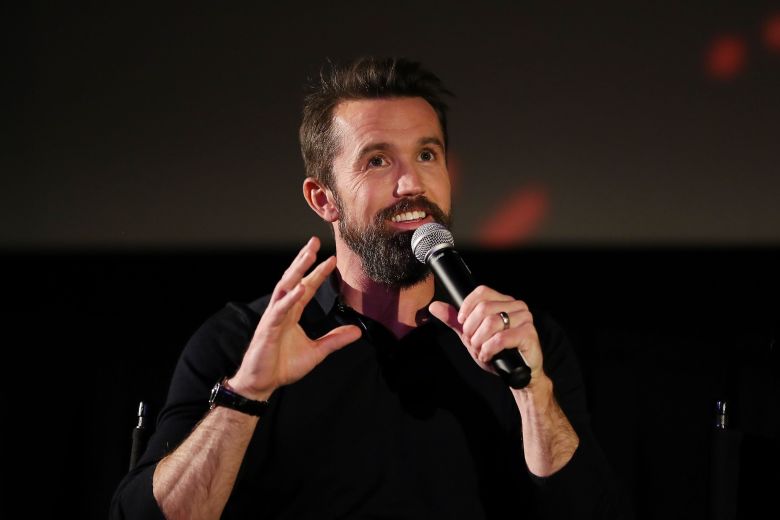 Before the wildly popular, long-running FX series “It’s Always Sunny in Philadelphia” and the massive success of this year’s “Mythic Quest: Raven’s Banquet” on Apple TV+, actor and series co-creator Rob McElhenney was a struggling bar-back in New York City, desperate for entertainment work. As revealed to IndieWire in a recent Instagram live conversation, McElhenney’s big break, well before the days of “Sunny,” was almost a gritty, New York-set screenplay he wrote for Paul Schrader about his experiences in late-1990s, pre-9/11 New York. Watch the full video from the conversation above

“That was the first script that I had ever written. The truth of the matter is, and I’m not saying this with some kind of false humility or humble brag, I do not consider myself a funny person, and I truly mean that,” McElhenney said. “I always considered myself more of a dramatic actor back in the day. I guess I wasn’t very good because I wasn’t working very often. I was complaining about how I wasn’t working, and my manager was like, ‘Then stop complaining about it and just write.’ It was around the time that ‘Good Will Hunting’ came out, and ‘Swingers.’ These people [were] just making their own stuff.”

McElhenney recalled how he gathered up all his books about screenwriting and story structure, and set to work on a script. “It was dark, really dark, and disturbing. It was about New York, which is where I was living at the time. It was about nightlife in New York. I gave it to my manager and was like, ‘I don’t know, is it any good?’ The next thing I knew, it got to Paul Schrader, who was developing it to shoot, and it was wild,” McElhenney said. “He would give me notes and I would go rewrite.”

However, McElhenney said the project fell apart when the company that optioned the script — “for nothing” — went bankrupt, and Paul Schrader then moved on to 2002’s “Auto Focus.” As for the script itself, McElhenney said he hasn’t looked at it in years.

“I haven’t picked it up in a long time; it’s been 20 years. This would’ve been like 2000; it was pre-9/11. I don’t know if it exists anymore. I wrote it on the subway freehand, and then I typed it up. I had screenwriting software at the time but it would’ve been on a computer that doesn’t exist,” he said. “The thing that I learned from that was companies fall apart, people move on to other jobs, shit just happens. If you’re relying on somebody else or something else to get your stuff made, you’re setting yourself up for heartbreak.”

McElhenney can be now seen on Apple TV+ in the special quarantine episode of “Mythic Quest,” which he co-created with Charlie Day and Megan Ganz.