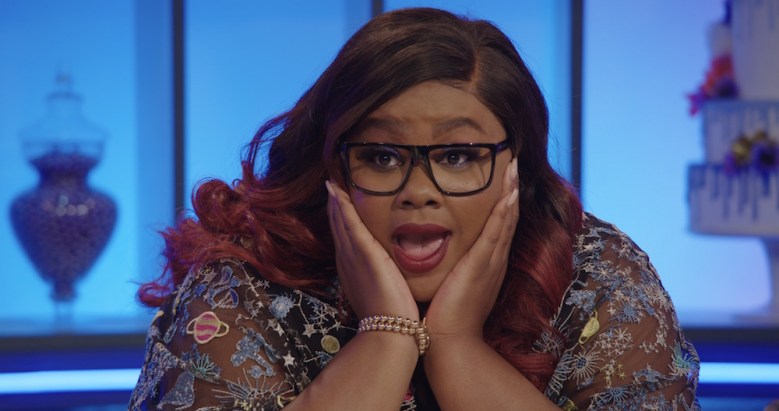 Cooking shows are relaxing, especially during stressful moments. Whether it’s watching “Chopped” or “Guy’s Grocery Games,” there’s something about watching people sweat over a hot stove that makes you, sitting at home in your jammies, happy and stress-free. There’s a similar enjoyment derived from watching Netflix’s smash hit cooking competition series “Nailed It.”

The series takes a trio of home bakers and makes them create all manner of Instagram-worthy delicacies with nothing but a recipe on an iPad. If you’ve watched the show, or seen the sketch Eddie Murphy did on “Saturday Night Live” lampooning it, you know the results are less than appealing.

But “Nailed It” is anchored by more than just atrocious-looking recreations of Donald Trump cakes. Its fearless leader, host Nicole Byer, keeps things light and peppy with her bubbly personality and puts on a brave face, even when she’s eating a truly terrible (and crunchy) cake. “I’m not the best baker, but I can bake,” Byer told IndieWire. She can follow a recipe, she explained, but often wonders what would happen if she went the extra mile. In the end, though, she said when she sets out to make a cake it may not be adventurous but it’s edible, cooled down, and not dripping with frosting like some of the concoctions on “Nailed It.”

“You always hope that something you put in your mouth is going to be [a] tasty, delightful treat,” Byer said when asked how she handles trying food that obviously isn’t good on the show. “There’s been a couple of things where I was like, ‘I can’t continue eating this.” And it’s shocking to her, especially considering the contestants are using boxed cake mix and other standard ingredients.

She says there was one specific episode, with guest host Adam Scott, where both she and co-host Jacques Torres spit out what they were eating. “It was this wet, soft, moist hot thing that we put in our mouths,” she said. Unfortunately for Scott, he didn’t know the judges were allowed to spit things out and kept eating.

Getting an Emmy nomination seems like a fair trade for all of that. And Byer is breaking barriers with her nomination, being the first Black woman to be nominated for Outstanding Host for a Reality or Competition Program. Byer is honored by the inclusion, citing that RuPaul was the first Black performer to be nominated in the same category and win. “I feel like I’m in good company and I hope it opens more doors for other people to be more inclusive in their hiring,” she said.

As we saw with a few categories at the Emmys, Byer hopes her nomination will cause more people to pitch series with predominantly BIPOC casting suggestions and not just straight white guys. “Not that there’s anything wrong with straight white guys,” she said. “I’m just saying that if they’re the standard, it’s really hard to bring anything else to the table.”

And with the Emmy ceremony going virtual this year, what does Byer plan to celebrate? “I get to dress up for the function in my living room, but you better believe I’m wear[ing] a dress!”

“Nailed It” is streaming on Netflix now.

This Article is related to: Awards and tagged Consider This, Direct, Nailed It!, Netflix, Nicole Byer