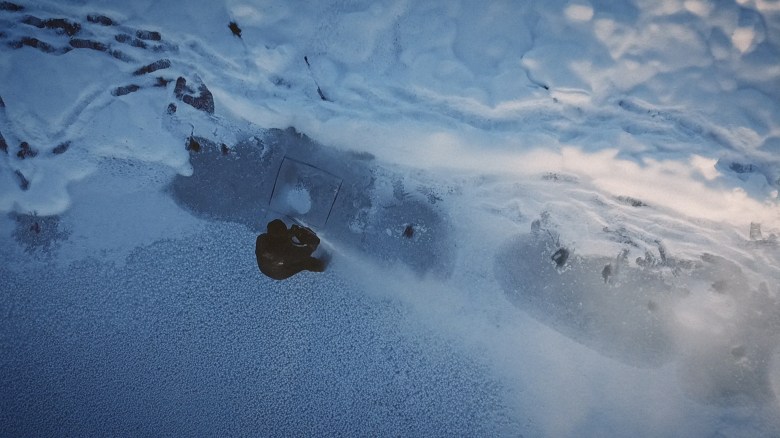 Making a show in the chilliest remote regions of Alaska comes with its own distinct set of challenges. The same goes for capturing the vast expanses of mountainous terrain as a pair of household names traverse the land below or as a world-famous chef seeks out a collection of new culinary adventures.

NatGeo show producers Joseph Litzinger (“Life Below Zero”), Jon Kroll (“Gordon Ramsay: Uncharted”), and Rob Buchta (“Running Wild with Bear Grylls”) took part in an IndieWire Consider This Conversation about what it takes to not only make a series for the long-running nature-focused network, but to make it unlike what regular viewers have ever seen.

Part of that challenge is recognizing that filming in unfamiliar locations has its pitfalls, even for expert crew members who know what to expect after making the show for so many seasons. “At certain conditions, the liquid in the in the LCD screen freezes. So the camera operators are basically shooting blind, hoping that they’re getting the shot,” Litzinger said. “Also, there are three or four months out of the year where it’s basically pitch dark 24 hours a day.”

“Gordon Ramsay: Uncharted” travels to locales around the world, following Ramsay as he learns about the local cuisine at each of the stops along the way. Weather doesn’t always cooperate with production on that show either, but the show’s cooking DNA also requires Kroll to think about a completely different set of contingencies.

“When you’re going to cook a tarantula, you want to have extra tarantulas standing by in case that tarantula doesn’t get cooked right,” Kroll said. “We’re very careful if we cooked our tarantula right the first time, we released the other tarantulas. If we caught more piranhas than we need to eat for our scene, we send those home with a family so they can help feed their family with them. Nothing goes to waste.”

For any show that works on the scale these do, there’s a vast amount of prep work that goes into making a captivating final product. Buchta explained why having the right approach to the location scouting process can make a big difference when the cameras eventually start rolling.

“It’s the peripheral vision. They’re showing me the waterfall, but what about the train from the 1930s over here or the Siberian Husky Iditarod thing over here?” Buchta said. “Once you’re there in that country for a week and really living it, that’s where I think a lot of opportunity comes up.”

For more insights into setting up honest thrills with household names, making TV in isolation, and utilizing some of the industry’s most seasoned hosts and crews, watch the full conversation above.