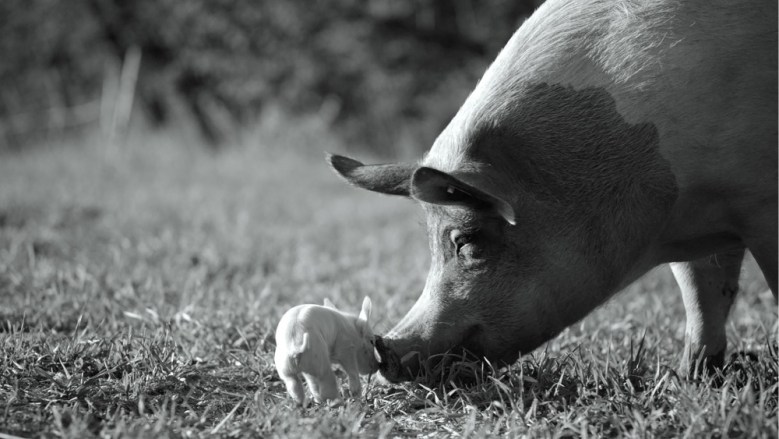 Few film companies experienced the whiplash of 2020 more dramatically than Neon, the U.S. distributor responsible for bringing “Parasite” its historic Best Picture win. The elation from that victory was still fresh when the pandemic changed the world, forcing movie theaters to close worldwide, and upending the next awards cycle in the process. But the company has found unique ways of remaining in the game: It released 14 movies since shutdowns began, building on its output deal with Hulu as well as experiments with other forms of virtual releases.

Neon wound up with six titles on the documentary and international film lists — more than any other American company — including daring work like “Gunda” (above), “Dear Comrades!”, and “Night of the Kings.” At Sundance, it scored the first deal of the festival, acquiring the acclaimed animated documentary “Flee,” and this past week, picked up Celine Sciamma’s “Portrait of a Lady on Fire” follow-up “Petite Maman.”

Needless to say, Neon CEO Tom Quinn has a lot to say about the state of distribution, from the future of theatrical to the challenges of the market. In the latest live edition of IndieWire’s Screen Talk podcast, Quinn joined IndieWire’s Eric Kohn and Anne Thompson to explain why the company remains committed to the theatrical space. “Netflix has been our biggest competitor from day one,” Quinn said. “The idea that we’re working within the streaming economy but trying to apply an old-world theatrical business model is really difficult, but we figured it out.” Still, he acknowledged the challenges that the past year have created, when a theatrical hit on the scale of “Parasite” became impossible. “We haven’t had the benefit of that,” he said. “There is an audience out there, it’s just not the same.”

He also addressed the recent chapter 11 filing by the Alamo Drafthouse, which shares a co-founder with Neon. “I just want to reassure everybody that they’re not going anywhere,” he said. “The reality is this was inevitable, and I think there will be more chains that follow suit. I think they’re going to come back stronger and there’s a real opportunity for growth when audiences do return. No doubt about it, it completely sucks.”

He also discussed Neon’s plans to invest in more original productions and how the democratization of viewing films during the pandemic presented new opportunities. “The virtual community of cinephiles is growing closer and closer together,” he said. “I think it’s going to be a difficult balance.”

On the subject of the streaming market, he addressed the recent headline-generating $25 million deal by Apple to purchase “CODA,” and made a provocative case for a new Oscar-qualifying rule. “If theatrical doesn’t matter to you and you don’t think it affects the ultimate result of how many nominations or wins you get, what do you care if the box office is reported or not?” he asked. “The reality is you do care. I think whether you’re going day-and-date or have to launch a film exclusively, none of that really matters. You do have to launch it theatrically and should be required to report your box office.”

Indiewire: Screen Talk · “Neon CEO Sees Future for Cinema” (Episode 323)
Screen Talk is produced by Leonard Adrian Garcia and available on Apple Podcasts, Stitcher, and Soundcloud. You can subscribe here or via RSS. Share your feedback with Thompson and Kohn on Twitter or sound off in the comments. Browse previous installments here, review the show on Apple Podcasts and be sure to let us know if you’d like to hear the hosts address specific issues in upcoming editions of Screen Talk. Check out the rest of IndieWire’s podcasts on Apple Podcasts right here.