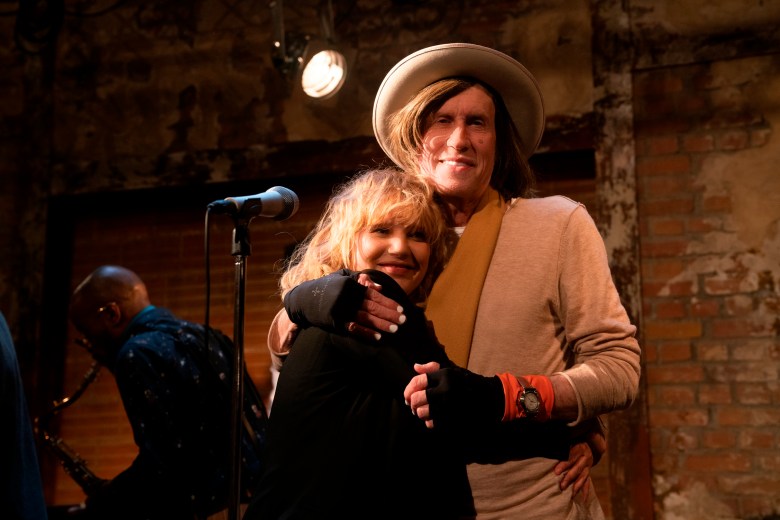 Six-time Grammy Award-winner Glen Ballard is no stranger to creating musical stories for stage and screen. In fact when the coronavirus shut down live theater across the globe, the producer/songwriter had one hit on Broadway — “Jagged Little Pill,” based on the hit Alanis Morissette 1995 album Ballard produced and co-wrote — and had just opened his musical adaptation of “Back to the Future” in Manchester as it started its tuned-up for a U.S. premiere.

Ballard very much had a TV series in mind when he first started to write the songs for Netflix’s “The Eddy” back in 2007.

“The story was really my fantasy of an ‘American in Paris’ in the current day redefining what jazz could mean for him,” said Ballard when he spoke to IndieWire. “I think we wrote 60-70 songs with this idea, and we made a band and we did some shows in L.A., but it was always to make a series out of it.”

Ballard, who splits his time between Los Angeles and Paris, wanted to capture the modern day, internationally influenced jazz scene in Paris, which exists in intimate clubs in multicultural suburbs outside the recognizable city we are use seeing on screen.

“This isn’t the traditional, even cliche, Paris, the jewel box in the middle of Paris,” said Ballard. “There’s a ring road that goes around Paris, like so many cities, and it’s kind of a dividing line between who have money and people who don’t have money. All of our characters are jazz musicians, so they’re broke [and] what we’re trying to show what Paris is right now for so many people.”

The depiction of the struggle of these artists, but also what drives them to play at intimate clubs like The Eddy is at the heart of what inspired Ballard in writing the songs. Ballard’s songs, played by the band he assembled, are what made Executive Producer Alan Poul sign onto shepherd the show, and what “Eddy” creator Jack Thorne listened to while inventing its the characters and writing the eight-part series.

When it came time to film “The Eddy” in a real-life club built for the series, all the music would be played, and recorded live. Polish actress Joanna Kulig (“Cold War”) joined Ballard’s band to serve as its singer and the series co-star.

“She went all the way in to learn all this music,” said Ballard. “When she got involved with this last January, she was nine months pregnant. She had learned at least 19 new jazz songs, densely lyrical, densely chromatic songs, and in her third or fourth language, which is English.”

The story and cinematic world Thorne, the cast, and the team of directors – including Damien Chazelle, who directed first two episodes — created from his songs was beyond Ballard’s imagination. So much so, he’s hard at work on a new TV series titled “Decade.”

“It’s about the 1995 music scene in Los Angeles,” said Ballard, who was unable to reveal his filmmaking and writing collaborators for this project. “It’s sort of the last decade of the old record business. Again, I’ve written a bunch of music for it, plus I’ve got music of my own from the ’90s, and of course, 1995 was a big music moment.”

“The Eddy” is now available to stream on Netflix.

This Article is related to: Television and tagged Direct, Glen Ballard, The Eddy, Video