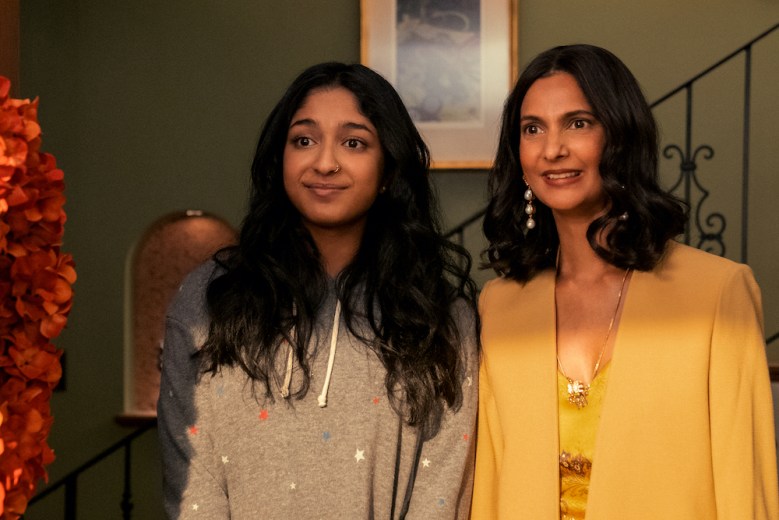 The second season of Netflix’s acclaimed comedy series “Never Have I Ever” was prepared to tackle the harsh truths of being a minority, especially as a young woman. The series, never one to shy away from tough, non-traditional teen topics like grief and sexism, took a deeper look at those subjects with Season 2 and leading lady Maitreyi Ramakrishnan was so excited to get to explore them.

For Ramakrishnan, the exploration of competition between minorities was something she was eager to wade into, as her character, Devi, and new student Aneesa (Megan Suri) form an early rivalry. It was something Ramakrishnan couldn’t relate to personally, having gone to a school where she wasn’t the only brown girl, but it ended up feeling personal to her considering her time in the industry.

“It’s something that’s relevant to all minority cultures,” she said in an interview with IndieWire. “In [the entertainment] industry […] there is this level of competition that– it sucks! […] A lot of my naivete about it before was that I wasn’t raised to be an actor. A lot of people have the journey of working hard at it, especially for minorities [who] have to work extra hard [and] 10 times faster.”

Much of this season focused on the ways characters are underestimated, and for the young actress, who made a name for herself through the first season, she certainly notices the ways that plays out in her life. “Sometimes, when I go into a room, those rooms are still mainly dominated by white people and I might be the only person of color,” she said.

This season of “Never Have I Ever” has continued to see rave reviews. IndieWire’s Kristen Lopez said in her review of this season, “It’s amazing what Maitreyi Ramakrishnan can do with this series. Because the sense of loss isn’t as overt as it was in Season 1, she’s having to play with far more complexity than before. Ramakrishnan has such a masterful control over not just her emotions but her facial expressions, whether that’s being surprised at Paxton’s attraction to her or her lingering worries that her mom believes she’s crazy. This season, Devi gets to evoke a more confident maturity and Ramakrishnan doesn’t hit big milestones but really illustrates the sense of growth over 10 episodes.”

“Never Have I Ever” Season 2 is streaming now via Netflix.

This Article is related to: Television and tagged Maitreyi Ramakrishnan, Netflix, Never Have I Ever, TV Interviews