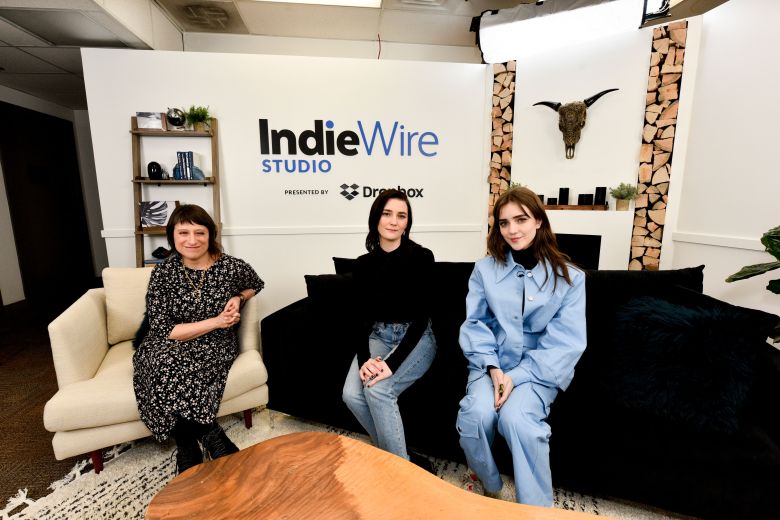 It’s no accident that Eliza Hittman’s trio of dramas about uniquely teenage heartbreaks feel so real: the filmmaker has always sought to cast fresh, age-appropriate stars in features like “Beach Rats” and “It Felt Like Love.” She’s not just making films about teenagers, but with teenagers and for teenagers. Her latest, the Sundance premiere “Never Rarely Sometimes Always,” is no exception, hinging on the performances of a pair of cinematic newbies: Sidney Flanigan and Talia Ryder.

In the candid coming-of-age drama, the duo star as best friends and cousins who undertake a timely and treacherous journey to New York City when their small Pennsylvania town fails to provide abortion options for Flanigan’s character, who is unexpectedly pregnant. The two were still teenagers when they made the film, and that authenticity bolsters an already hard-hitting film that doesn’t skirt around tough issues.

At Sundance, Hittman and Ryder joined IndieWire at Canada Goose Basecamp to chat about the unique casting process that brought them and Flanigan together. “I love the challenge of casting a film, and I think it’s a lot of work,” Hittman said. “I think casting directors tend to get very fed up with me, because I’m really searching for something and I’m not going to do one or two quick rounds.”

Hittman and her team looked at dozens of possible stars (including plenty of established names) in the search for their Autumn and Skylar, but the filmmaker remained hung up on an out of the box choice: Flanigan, who had never acted, but had met Hittman while she was filming her first film in upstate New York. She was just 14 at the time, but Hittman noted that “she had a presence and a charisma that you could feel, a kind of quiet tension.

The filmmaker kept up with Flanigan who, like Autumn, is a musician though the magic and immediacy of her Facebook videos. Those videos were, by Hittman’s estimation, “uniquely teenage” and captured the energy and spirit of what she thought Autumn could be. After months of coming up short through traditional avenues — and, as she laughingly explained, annoying her producers and casting directors with her vague suggestions that they needed someone more like this random Buffalo teen she knew — Hittman reached out to Flanigan to see if she was interested in trying out for the film. Thankfully, she was.

After locking in Flanigan, Hittman and her team had another challenge: casting a Skylar to match, a more easy-going character who helps lighten up an often very restrained Autumn. Hittman and company paged back through other, earlier auditions for Autumn, finding Ryder’s initial audition in the process. When she was brought in to read with Flanigan, weirdo magic struck: turns out, Flanigan and Ryder were from the same small town, and their connection was instantaneous.

For Hittman, that’s the root of it all, finding “two people who had an organic connection” and bringing that emotion and chemistry to her film.

Check out the full panel with Hittman and Ryder above, during which they talk about some other unexpected casting choices, plus a deeper discussion of how the film’s most stunning sequence came together.