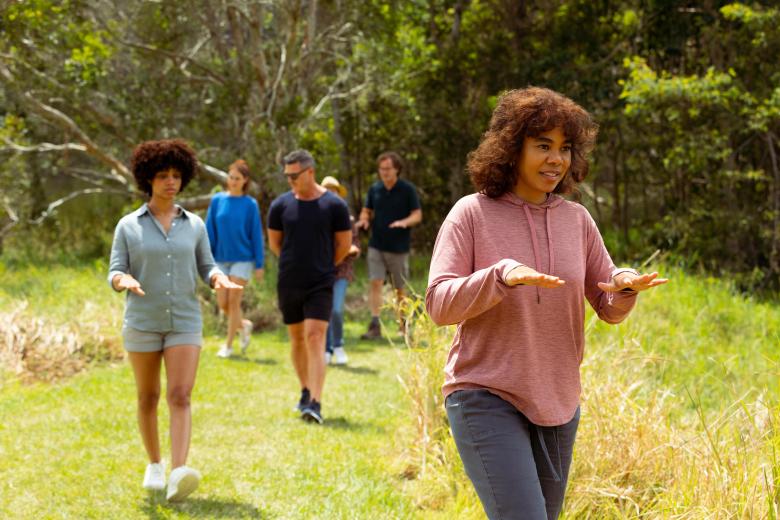 The cast of David E. Kelley’s “Nine Perfect Strangers” found solace in the isolation of making a show on a tropical island during a pandemic. The series, focused on a wellness retreat, ended up feeling like a bizarre way of processing what was happening in the world outside. For Regina Hall, who plays repressed housewife Carmel, the exploration of female rage felt particularly poignant.

“There is a certain masking where you feel you have to be OK for the world, OK for your kids,” she told IndieWire. “You have to exemplify survival.”

All the cast interviewed noticed a sense of compulsion while reading the scripts for the David E. Kelley series, based off Liane Moriarty’s book. In the case of Bobby Cannavale, who plays the grumpy Tony Hogburn, he felt the character’s motivations were most intriguing. “This was a guy who volunteered to go [to Tranquilium, the location in the series] and then spent the whole time fighting it,” he said.

Not only are characters fighting their own inner demons, they’re also fighting opposite each other. Nearly every character in the series has an adversary within the group. Case in point, Carmel’s contentious relationship with Lars (Luke Evans). “[Carmel] has such a desire to reach out and he so doesn’t want to,” she said. “[Evans] is so warm [but] they were the only two [characters] who were there completely alone.”

For Cannavale, most of his scenes were opposite Melissa McCarthy as struggling novelist Frances Welty, and considering the pair had worked together previously on four previous occasions, their shared history helped build this new onscreen relationship quickly.

“There is a shorthand,” he said. “We don’t do a lot of talking beforehand. She’s an incredibly prepared actor […] so we have a lot of room to play.” He said because both of them work so hard ahead of the shoot, there isn’t much time wasted to try different takes and see what happens. “The important thing is we’re just game for anything,” he said.

Watch the full interviews with Regina Hall (above) and Bobby Cannavale (below). “Nine Perfect Strangers” is streaming now on Hulu