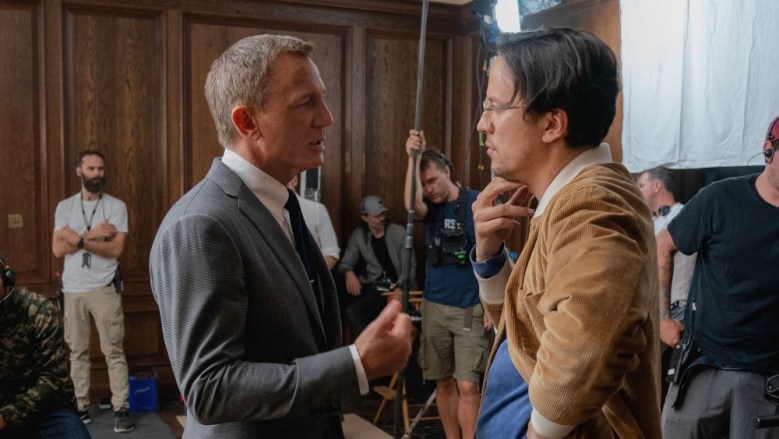 Before Cary Joji Fukunaga and his co-writers finished the script for the final Daniel Craig installment in the James Bond franchise, the “No Time To Die” director brought cinematographer Linus Sandgren onboard in an effort to make the world as expansive and expressive as possible.

While on the Filmmaker Toolkit podcast with his Academy Award–winning cinematographer, Fukunaga discussed how Sandgren’s early mood board of different locales influenced how he constructed Bond’s globe-trotting adventure. “It gives you a sense of almost an architectural view of what the story could be, seeing how these different worlds or places could come together and feel,” said Fukunaga, who compared Bond’s globe-hopping travel to a tasting course menu. “You have these different flavors that come in and they give you a whole ride, which not only accentuates the narrative, but also might drive the narrative.”

Added Sandgren of their approach Bond’s journey, “You go to places that exist, they should feel realistic, but they are also perhaps in the perfect moment for being more exotic.”

In the video above, the two collaborators break down how they did this, with cinematography that leans into and accentuate the natural colors in each location, from a trawler off the coast of Cuba to the sunset and graphic shadows that define Craig’s epic final stand to the film’s dark Nordic opening immediately contrasted by a romantic Italian getaway in the film’s incredible pre-title sequence.

“It’s all really based on the different emotions throughout the film, and where you want to be with things [in the story],” said Sandgren.

Also while on the podcast, Fukunaga and Sandgren discuss how they shot action sequences. Instead of putting down 10 cameras to film explosive moments, the film’s language was based on trying to capture moments in one lean, choreographed shot whenever position. It was a philosophy that led to the carefully planned construction of the lake house and a large tunnel, but also spontaneous camera blocking the day of shooting as they reacted to the way scenes played out.

To hear the full discussion, subscribe to the podcast below:

This Article is related to: Film and tagged Cary Fukunaga, Filmmaker Toolkit Podcast, No Time to Die, toolkit-144