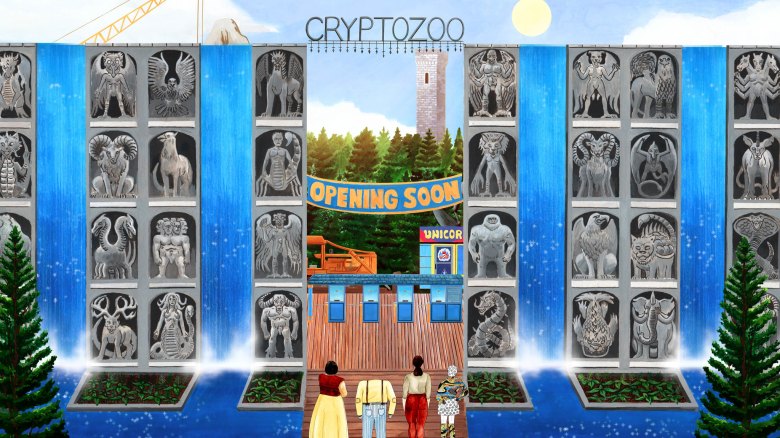 “Cryptozoo” is a film that defies description, which creators Dash Shaw and Jane Samborski totally get. The story follows Lauren (Lake Bell), a woman who searches for mythical cryptids for her animal sanctuary. The problem is a competing hunter for the government is searching for the same creatures, leading to a brutal confrontation.

The animated feature, according to Shaw, is inspired by animators he admires, particularly the 1989 feature “Little Nemo’s Adventures in Slumberland,” based off the comic strip by Winsor McCay as well as McCay’s 1914 animation “Gertie the Dinosaur.” “All of his cartoons were about drawing things that can’t be photographed,” said Shaw. The goal for both and Samborski was to go further than they had in their previous feature, 2016’s “My Entire High School Is Sinking Into the Sea,” with an added level of sophistication.

For star Lake Bell, she explained how rare it is to find a film that’s so unpredictable. “I’m so comforted to know that this kind of beauty, and pure and raw imagination still thrives in the world,” she said. “That sort of loving and graceful weirdness is what keeps us going.” Bell arrived at the project three years ago, and no one could have anticipated the added prescience “Cryptozoo,” with its story about a dream-eating cryptid being used for evil, would have arriving after the miseries of 2020.

“The movie sorta takes place in 1967,” says Shaw who was inspired by a colleague who was studying counterculture newspapers throughout the world. “It’s not new, all of the things that happened in 2020 were under the surface and brought forth in a stressed circumstance.”

Considering Shaw’s weird, dreamy landscape, the name David Lynch immediately comes to mind. Actress Grace Zabriskie, who plays one of the co-owners of the cryptozoo in the feature, discussed Lynch and any possible news on “Twin Peaks.” “No one in the world could probably get him to say there would be another season, and you wouldn’t have been able to three years ago either,” she said.

“But the last time I talked to him he said, ‘Well, I hope we get to work together soon,’ as if that was partly up to me,” she said. “I don’t know the answer to that if he’s going to do it.”

This Article is related to: Film and tagged Cryptozoo, IndieWire Studio, Sundance