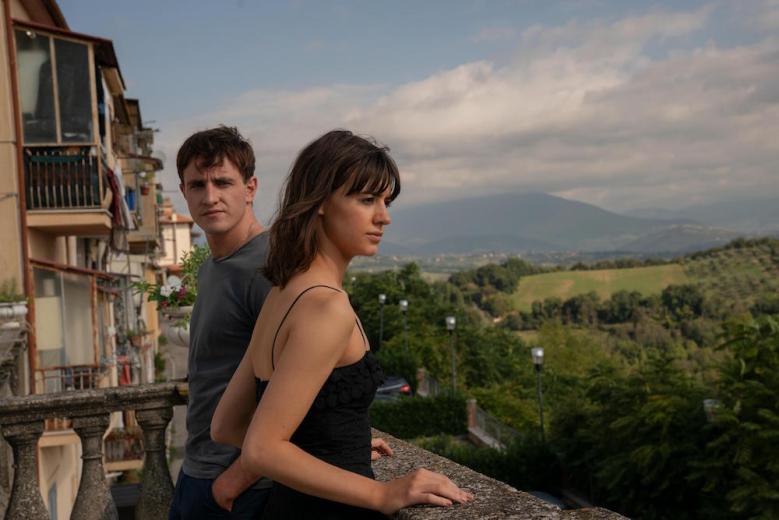 It’s only a matter of days before the godforsaken year that was 2020 concludes and the Earth slips seamlessly into 2021, like water through your fingers or sands through the hourglass.

That’s not to say that there haven’t been moments of joy and triumph this year, only that for every victory or step forward that humanity experienced in 2020, there were at least three atrocities waiting in the wings to be revisited upon us. Maybe that’s why the sweet things of the last year felt all the sweeter: because we knew a horrible kidney punch was inevitably on its way.

Over Thanksgiving, the “Millions of Screens” crew and volunteers from the IndieWire TV team spoke at length about what TV shows they were thankful for and while none of those things have changed, there are also several shows that brought us unmitigated joy during a time that felt so dark for so very long.

For Creative Producer Leo Garcia, that meant a surprising affection for the beloved Hulu limited series “Normal People.” And Leo wasn’t alone in his appreciation for the Lenny Abrahamson adaptation documenting the intimacy of two Irish teenagers as their relationship wends its way throughout their lives. Like the eponymous Sally Rooney novel — Rooney co-wrote scripts for the adaptation — the series was short on pretension and long on emotional resonance, and it’s not a stretch to imagine that its rolling Irish hillsides managed to transplant many viewers who were hunkered down in their homes, sheltering in place.

Deputy TV Editor — and normal “Normal People” booster — Ben Travers opted for a different route when asked for a TV highlight amidst the bleak landscape that made up much of the year. For Travers, it was Season 10 of HBO’s “Curb Your Enthusiasm” that brought a smile to his face. Airing during the first three months of 2020, the latest season of “Curb” and, honestly, hearing from Larry David in the early days of the pandemic, created a lasting impression, one which captured the annoyance and consternation and absurdity of lockdown better than any show (or person) ever could.

As for myself, even though I’m the TV Awards Editor, it wasn’t necessarily prestige presentations that had me lighting up this year, but rather a trend in programming that’s been a long time coming. 2020 saw a lots of programming for tween girls and about tween girls that leveled up in quality and treated the issues that young women face as things that could be fanciful, but were also just as serious as the trials that everyone else faces. Netflix in particular played a big part in bringing these shows to life, with “The Baby-Sitter’s Club,” “Never Have I Ever,” and even the Christmas-themed “Dash & Lily,” along with other outstanding examples in Freeform’s “Everything’s Gonna Be Okay” and Hulu’s “PEN15.”

It’s been an overwhelming year, to be sure, but points of brilliance were all around us, if we knew where to look for them. Here’s hoping 2021 has even more shining stars to look forward to.

For more on the the conclusion of 2020 and the impending arrival of 2021, check out this week’s episode of IndieWire’s TV podcast “Millions of Screens” as Travers, Garcia, and Hill talk about the incredible shrinking Star Wars Extended Universe, sparked by the Season 2 finale of “The Mandalorian.” Travers also catches the crew up with HBO’s “The Flight Attendant” (spoiler-free) and how he felt about the Kaley Cuoco vehicle by the end of its first season finale.

Plus, we pick apart years worth of underwhelming Stephen King projects on the heels of the new CBS All Access adaptation of “The Stand,” plus look ahead to what we can’t wait to see in the new year.

This Article is related to: Television and tagged Curb Your Enthusiasm, Direct, Millions of Screens, Normal People, Podcasts, Video