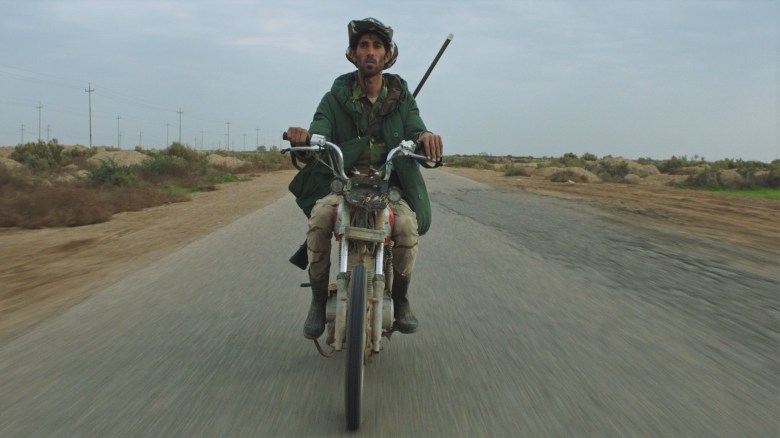 Italian documentarian Gianfranco Rosi received an Oscar nomination for his 2016 feature “Fire at Sea,” which focuses on the island of Lampedusa and the refugees that reach its shores escaping poverty and war. During that long awards season, he began thinking about his next project, and remembered that while filming at sea he always thought about the places the people he was filming were leaving behind. “Notturno,” his latest film, which premiered at the Venice Film Festival earlier this year, is the result of a three-year journey following that impulse.

“At a certain point, I thought it was a necessity, a very strong need, to cross the sea and go to Syria, to Iraq, to the places where this exodus was coming from to try to understand,” said Rosi during a Q&A as part of the International Documentary Association’s annual screening series.

Rosi first spent eight months in the Middle East (Syria, Iraq, Kurdistan, Lebanon) without a camera. He focused on tracing the irrational borders between countries, and metaphorically eliminating them through the encounters he had, to connect with those directly affected by the multiple conflicts in the region. “I wanted the film to be the echo of the war, and then try to follow the daily life of people that I met in my journey. And the first journey was extremely fast, meeting things, watching places… and then I encountered people that I knew they were going to be part of the film,” he explained.

After a short break, the filmmaker returned, this time with a camera, to shoot for two years. While he had assistants and translators with him along the way, Rosi was his own cameraman and sound person. Throughout the long cinematic mission, he never saw the footage, and only delved into making sense of what he had captured once back home. “The editing process became a new writing process,” he noted. Watch the video of Rosi’s interview with Editor-at-Large Anne Thompson above.

At first, constructing the narrative in the editing room proved very difficult, and Rosi was worried about the material he was working with because he felt, as he describes it, that the first cuts were “suspended,” or emotionally inert. “There’s no interaction in the film. There are no people talking. There’s this element of suspension of the future. And on my first edit, I was extremely worried that people would not engage with that. Then after these three, four, six months of editing for Venice [Film Festival], I was confined in this room with my two editors who were here working, and [because] of the fear of all the things outside [COVID-19], I start feeling that the film was somehow becoming so much closer to us, this sense of suspension, the sense of a suspended future, the sense that we don’t know what’s happening tomorrow.”

One of the film’s most heartbreaking scenes centers on mothers in Iraq as they visit the prison where their loved ones (sons and husbands) were tortured and murdered under Saddam Hussein’s rule. For Rosi, this powerful moment, as the women still mourning related to the space that had brought them so much suffering, encapsulated the core theme of “Notturno.”

“I put that scene at the beginning of the movie, because I thought that the scene was like somehow representing what the movie is about when I eliminated all the borders, which was a very strong choice, to eliminate the border from Iraq, from Syria was a very challenging choice. But then I realized that pain was a universal element. Every person I met was not differentiated by [where they were from], if they were in Syria or Iraq or Lebanon,” explained said Rosi. “This [moment] understood, that there was something that was universal. It was an archetypical moment of the film. And that’s why I put this scene in the film. It was difficult to edit because behind every scene there’s so much history. There were so many layers of memory, and working on the borders, you have to deal constantly with the idea of memory. This is the way that I created these borders like mental space from the memory of the people I met because every scene evokes a past, evokes something which is big.”