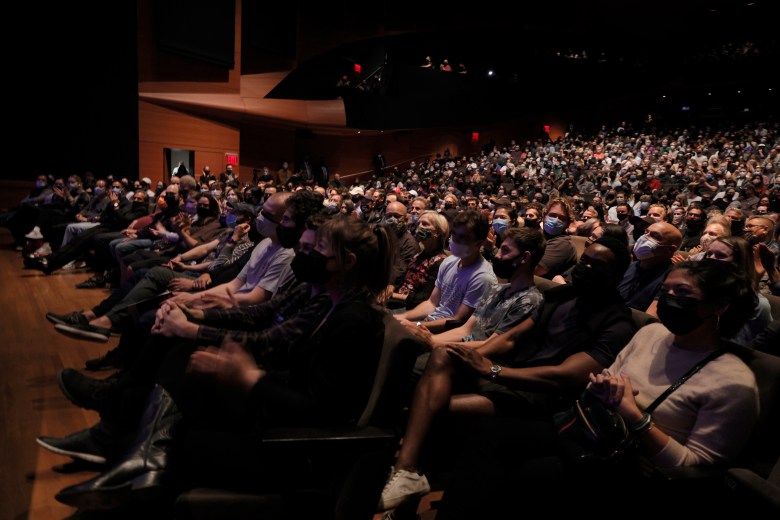 Next week’s episode of Screen Talk will be recorded in front of a live audience at the New York Film Festival on Monday, October 3. For details on how to attend, go here.

With that huge new chapter on the horizon, how could he possibly keep his head straight with NYFF business this week?

“I’m not thinking too much about Sundance and the 2023 edition right now,” Hernandez said, joining IndieWire for the 400th edition of IndieWire’s Screen Talk podcast. “The countdown clock keeps ticking for the New York Film Festival.”

But he has been digging through a lot of congratulatory messages. “There’s so much goodwill that I felt was really about Sundance and the role it plays in our community,” he said. “I get to be part of shepherding that community.”

For now, however, Hernandez is focused on getting the word out about this year’s lineup. He explained the decision behind giving the prime opening slot to “White Noise” even after the movie was announced as opening Venice first, and dished on several of the world premieres in this year’s NYFF lineup, from “Till” to “Is That Black Enough For You?!?” and a documentary by Martin Scorsese about the New York Dolls.

This week’s episode includes a much broader topic as well. In the midst of Hispanic Heritage Month, Hernandez addressed the need to create a diverse program and how that relates to challenges faced by the industry as a whole. “In my view, it’s never enough,” Hernandez said. “We have to commit first individually and then collectively to accountability. I have a responsibility for being a part of a conversation about who we decide to invite into the room.”

That responsibility, he added, would follow him to Sundance. “I’m leaving that process and commitment to my colleagues at Lincoln Center and taking it to a different festival,” he said. “We have a guaranteed commitment to being as inclusive and representative as possible. I have no doubt that the same can be said for my future colleagues at Sundance. Their work speaks for itself.”

IndieWire thanks Screen Talk listeners for tuning in across 400 episodes and over eight years. More to come.

This Article is related to: Film and tagged Podcasts, Screen Talk