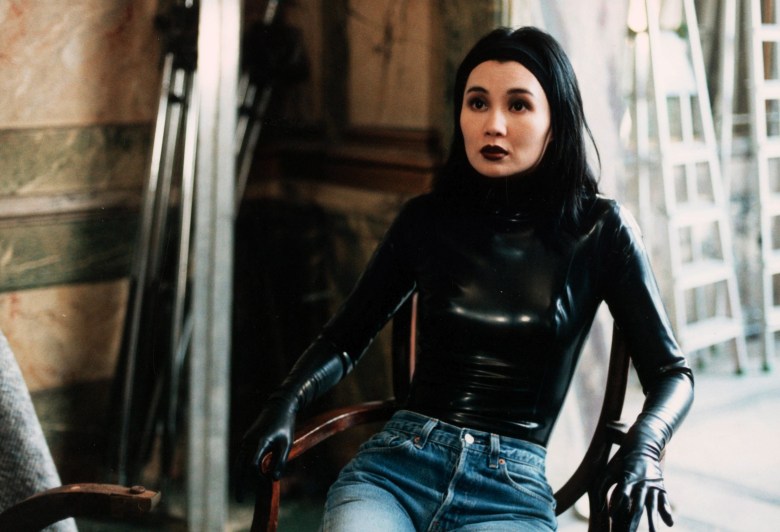 Olivier Assayas announced during a panel with IndieWire that he is currently adapting his 1996 feature film “Irma Vep” into a television series. Assayas did not provide details on the project other than confirming he is writing every episode of the “Irma Vep” series and that he is working with A24 on the project. The director added, “I’ve been working on that project which will keep me busy with writing for awhile.” A24 had no additional details to share on the project when asked for comment by IndieWire.

“Irma Vep” world premiered in the Un Certain Regard section at the 1996 Cannes Film Festival. The film stars Hong Kong superstar Maggie Cheung as a variation of herself after she is cast by a French director (Jean-Pierre Léaud) to star in his remake of Louis Feuillade’s silent film serial “Les Vampires.” (Look more closely: “Irma Vep” is an anagram.) The supporting cast includes Nathalie Richard, Bulle Ogier, Lou Castel, Arsinée Khanjian, and Antoine Basler. Assayas’ script allowed him to critique the French film industry of the mid-1990s, so it’s safe to assume that an updated TV adaptation would do the same for the modern era of production.

Cheung received rave reviews for her “Irma Vep” performance, as did Assayas for his script and direction. The film boasts a 92% on Rotten Tomatoes. “Irma Vep” assisted in Assayas’ international breakthrough as it was released just two years after the success of “Cold Water,” which similarly debuted in the Un Certain Regard section of the 1996 Cannes Film Festival. Assayas is best known these days for acclaimed recent efforts such as “Clouds of Sils Maria” and “Personal Shopper,” both of which star his recent muse Kristen Stewart. The director’s other notable titles include “Summer Hours” and “Carlos.” IFC released Assayas’ comedy “Non-Fiction” in U.S. theaters last year, while his most recent directorial effort, “Wasp Network,” played Venice and NYFF in 2019.

An “Irma Vep” series is the latest TV production for A24, which is also behind HBO’s smash hit drama “Euphoria.” The “Irma Vep” series marks the first collaboration between Assayas and the popular indie film studio. Watch Assayas discuss the project and other musings from quarantine in the video above.