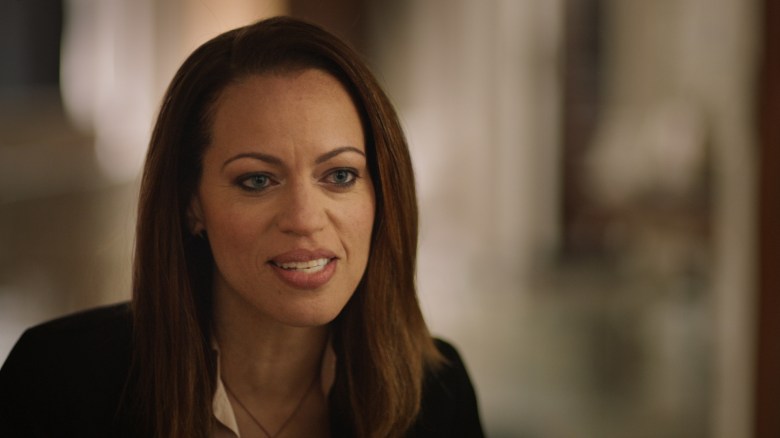 For nearly a decade, directors Amy Ziering and Kirby Dick have documented and exposed sexual violence against women in the U.S. Their 2012 “The Invisible War” investigated cases in the military, while 2015’s “The Hunting Ground” focused on the same rampant issue at institutions of higher education. Their latest documentary, “On the Record,” shifts their sights to the music industry, specifically to Black women. The film, which premiered at Sundance and debuted on HBO Max in May, follows former Def Jam Records executive Drew Dixon as she wrestles with her decision to come forward and publicly accuse hip-hop mogul Russell Simmons of sexual assault.

Curiously, the directors’ interest in making their next project within the entertainment world emerged from the impact that the song “Til It Happens to You,” written by Lady Gaga and Diane Warren for “The Hunting Ground,” had after being nominated for the Best Original Song Academy Award. Gaga’s involvement and the fact that it was performed at the Oscars brought even more attention to the problem even before the allegations against Harvey Weinstein turned the #MeToo movement into a viral reckoning.

“As soon as we made ‘The Hunting Ground’ and started taking it out into Hollywood, we started hearing these stories. We wanted to get a film on sexual assault in Hollywood made, but when we took it around distributors, no surprise, absolutely no one would touch it until the #MeToo story broke. We immediately got funding from a wonderful independent funder, Impact Partners,” said Dick during a Q&A as part of the International Documentary Association’s annual screening series.

At that point, Ziering took over the project while Dick finished his solo film “The Bleeding Edge.” She went out looking for as many stories as possible within the industry. Early on in that process, she interviewed Dixon and knew that the film had to be about her story. What ensued were several months of uncertainty, for both the filmmakers and Dixon, as she pondered whether to go on the record first with the New York Times alongside other women denouncing abuse, and then in front of Dick and Ziering’s cameras. Watch the video of Dick and Dixon’s interview with Indiewire’s Tambay Obenson above.

“It was such an agonizing process and I just didn’t know who to trust. I was terrified. I hadn’t even decided to go to the New York Times when I met Amy and Kirby, just by way of coincidence,” explained Dixon. “I agreed to participate in the film with the understanding that I would not sign a release until I felt totally comfortable. So they started filming me before I even decided to go on the record, but I still wasn’t sure that I was going to go on the record. And then when I went on the record and my world blew up — I mean, it was literally like a wrecking ball, just shattering my life in this way that I never fully grasped or anticipated — I still hadn’t decided if I was going to then sort of double down with the film.”

Over the course of a year, while filming without knowing it the material would be used, Dixon and the directors engaged in a tentative relationship and slowly established trust. “One of my biggest sources of anxiety was understanding the unique fault line that we were going to be tripping. … We were tripping in the Black community, taking on an icon. And me as a Black woman feeling very conflicted about my loyalty to my race,” added Dixon. Dick and Ziering’s experience with survivors on their previous works reassured Dixon of their integrity and in the end yielded a “tender examination” of her journey.

“I would like for everyone to reflect on their role in the stories of every woman in the film and the story of women that will never have the good fortune to be featured in a documentary, but who are survivors walking around,” said Dixon about her hopes for the film.

Asked about Simmons’ decision not to participate in the documentary, and what that may imply about his guilt or innocence Dick explained: “We’re investigative filmmakers we absolutely wanted to and are obligated to really give him a chance to respond. Obviously there’s a lot of people in the film, 20 people publicly have come forward and accused him of sexual assault or sexual misconduct and many of them, if not most of them, are in our film. So we absolutely had to give him that chance. … What speaks to it more is the number of women that have come forward with credible corroborated stories. That’s very powerful.”

This Article is related to: Film and tagged Amy Ziering, Drew Dixon, International Documentary Association, Kirby Dick, on the record