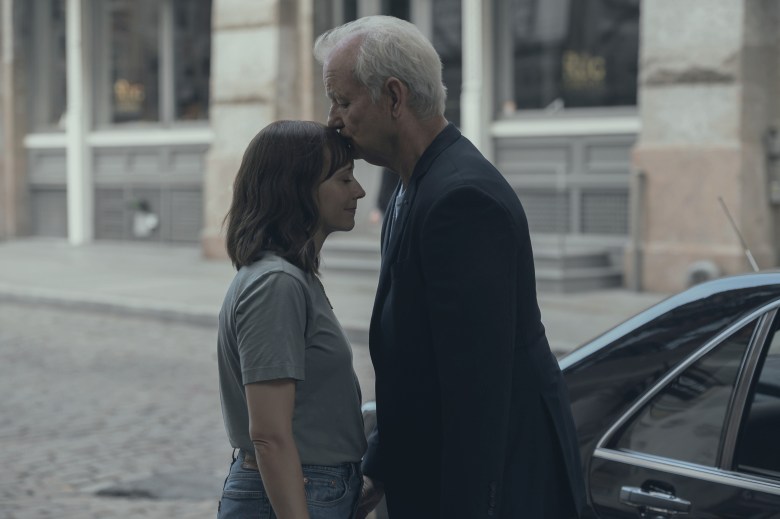 Cinematography is a precise, technical craft. But Philippe Le Sourd, who shot Sofia Coppola’s Apple TV+ film “On the Rocks,” speaks not of lenses, aperture, and framing when describing how he perfected the film’s visual language, but of emotion, humanity, and intuition.

In a discussion with IndieWire Executive Editor and Chief Critic Eric Kohn, Le Sourd detailed an organic process working with Coppola on the film. Asked by Kohn whether he has preferred lenses, Le Sourd explained that each film he works on is like starting new, he needs to feel things out by talking to the director, researching, reading the script, and exploring locations to determine what would be best.

“I always have a feeling I have to go from scratch — there’s no magic,” he said. “You need to explore what the film is about and to be able to do that, I always do a lot of testing, because that makes me process the emotion and the story of the film. It’s a dialogue — I have nothin to sell at the end. I’m not a rental company. My approach is ‘What could be the best lens or the best film stock or the best equipment to tell the story?'”

As for the question of whether he watches filming on a monitor or viewfinder, Le Sourd vastly prefers a viewfinder or watching the scene in the flesh.

“I always believe I am the first one to see the emotion of the people. I feel connected with them. Any emotion, any thing going through their eyes to their face to their body language. I receive it as a present,” he said. “I discover emotion. I discover something I didn’t see on the script. Looking through the viewfinder is something view beautiful. I’m lucky to say I’m the first one.”

“On the Rocks” marks the Oscar-nominated cinematographer’s second collaboration with Coppola after “The Beguiled” in 2017. This latest film stars Bill Murray and Rashida Jones as a father-daughter pair who reconnect on an adventure through New York City.

One thing that is import to Le Sourd is letting locations speak for themselves so that setting emerges from the film as a characters itself. As he explained, “What does the location tell you when you count it, emotionally?”

He described how a given location’s light can illuminate emotion in a scene and how he goes to great lengths to preserve a location’s available light.

“The light of the city has changed at night over the years. It’s gotten brighter,” Le Sourd said. “I light as minimally as I can to give a sense of the (ambient) light. To not destroy it, to not destroy the beauty of it.”

That mean embracing what was natural about the film’s Mexico shooting locations. “In New York, you don’t see much sky during the day compared to in Mexico with the brightness,” he said.

Watch IndieWire’s full conversation with Gilbert in the video above. “On the Rocks” is now streaming on Apple TV+.

This Article is related to: Film and tagged Apple TV Plus, Consider This Panels, Sofia Coppola