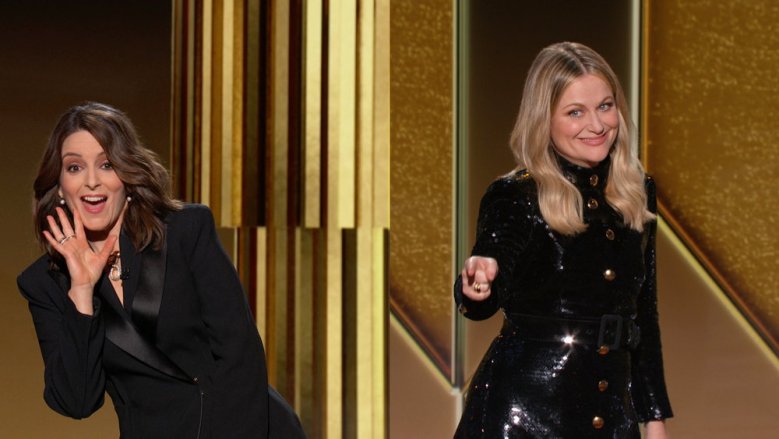 Way back in September, just six months into a pandemic that feels like it’s been going on for the last decade, the Television Academy held a virtual ceremony for the Primetime Emmy Awards. While ratings were down from the previous year — 6.1 million as compared to 6.9 million in 2019 — the drop was negligible compared to long-term ratings free fall the ceremony had seen recently.

But the thing that people would have noticed had they actually tuned in for the event is that it largely went off without a hitch. It was different, certainly, but Jimmy Kimmel did an admirable job steering an unwieldy ship and the Academy, in concert with ABC, managed to put together a show that still felt like an awards show, while simultaneously understanding that we were living through unprecedented times and to pretend otherwise would be a fool’s errand.

If there’s anything to be gleaned from the embarrassing Golden Globe Awards ceremony held on Sunday, it’s that no one at the HFPA bothered to watch the Emmys to see what might work should their own ceremony need to be held virtually. Maybe they were convinced that the pandemic would be well in hand by the time the Golden Globes came around, or maybe they figured it would be easier than it looked to pull off. Or maybe they were just busy ignoring the existence of Black people. Whatever their reasoning, the HFPA had a perfect primer to model their own event after and instead of using that information, they decided to sign up for Zoom Pro and just hope for the best.

Now, the producers of the Screen Actors Guild Awards have announced that this year’s ceremony will be one hour long and pre-taped, neatly sidestepping the flaming pile of dog doo the Golden Globes left on Hollywood’s collective porch. Still, it seems as though an intervention might be in order.

We’re 52 days away from the Oscars. A host has yet to be announced. There’s still time to salvage some semblance of a legitimate ceremony, so here are a few tips if you’re thinking of throwing together an awards show in upcoming months.

I really didn’t expect to be sitting here after watching two of the funniest women in Hollywood host the Golden Globe Awards, thinking, “Gosh, I missed Jimmy Kimmel.” Shame on you, HFPA, for bringing me to this place.

Before everything fell apart, awards shows had started experimenting with not having a traditional emcee overseeing ceremonies, which didn’t pan out particularly well, and is all but impossible with virtual ceremonies. Choosing a good host is more important than ever, and in that sense, the HFPA did great. Returning to Tina Fey and Amy Poehler as co-hosts should have been a stroke of genius, but alas, it was not to be.

Which means that the main takeaway from the Golden Globes regarding hosts is — and I can’t believe I actually have to type this — if you have opted to have a comedic duo host your ceremony, a situation that requires even more chemistry than trying to perform in an empty room by yourself, do not strand your co-hosts on opposite coasts.

Fey and Poehler did their damndest, but comedy is dependent on timing, so much so that even a half-second satellite delay can blow the rhythm of jokes. They never had a prayer.

Oscars recommendation: Listen, just throw a bunch of money at Jimmy Kimmel and beg him to host again. He successfully navigated the Emmys and at the very least will be able to depend on his cavalcade of Hollywood friends to show up and do sketches in an empty Dolby Theatre. If not Kimmel, it almost certainly needs to be a late-night talent, as they’re some of the few people with experience working without a net — or audience — throughout the pandemic.

First off, this suggestion is based wholly on the idea of having duel ceremonies in both Los Angeles and New York and who knows where else which is, objectively, a terrible idea. Though touched on previously, there was little to no sense in having Tina Fey hosting a partial ceremony in New York, adding an unnecessary complication to a ceremony that hadn’t even nailed down the basics.

Plenty of film and TV stars live in Los Angeles, more than enough to be willing to show up in person and present. While many also live in New York, it’s not a situation where those specific individuals are so vital to the process that they need to appear in person. Even if they were, that’s why we have cameras and satellites and all of that expensive equipment to beam audio and images of someone speaking all around the world. Even from New York.

Oscars recommendation: One location. Plenty of other participants live via satellite.

Not literally, but, still. It seemed there was a great disturbance in the force when industry professionals realized that all of the Golden Globes communication for both nominees and journalists “backstage” would be conducted via Zoom. This was only reinforced when the first winner of the night, Daniel Kaluuya, was muted for the first portion of his speech, a technical snafu that set the tone for things to come.

Don’t get me wrong, Zoom is a platform that I use daily for work and social gatherings. I love it and lockdown would have been miserable without it. But I don’t want to see Zoom, for all its foibles, used as the main method of communication for global awards shows. It’s distracting to see a star’s Zoom name as they’re delivering their acceptance speech, and trying to foster conversations between nominees heading into commercial breaks felt like the earliest days of the pandemic, when every Zoom call with your family was just 90 minutes of people talking at the same time, effectively muting everyone.

I freely admit that I mocked the idea that the TV Academy was sending customized tech kits to nominees to try and preserve the highest quality video when capturing acceptance speeches from winners, but they worked seamlessly and the Emmys felt like a professional operation. Similarly, at the Emmys, there was a customized portal for backstage access where winners would answer questions, a far cry from the fumbling Zoom free-for-all at the Globes.

You are receiving millions of dollars to put on a show. Use it wisely.

These are but a few tips of many, many more that could and should be dispensed for any organization currently pulling together an awards ceremony. If all else fails, turn to the ceremonies from the last year that have worked and run screaming from the ones that failed spectacularly.

For more discussion of the Golden Globe Awards tune in to this week’s episode of IndieWire’s TV podcast “Millions of Screens” as hosts Deputy TV Editor Ben Travers, Creative Producer Leo Garcia, and, myself, TV Awards Editor Libby Hill, dig deeper into how a ceremony that embraced Jason Sudeikis as Ted Lasso could go so very wrong.

Plus, the gang analyzes the ceremony’s cratered ratings and looks at the ongoing HBO documentary series “Allen v. Farrow,” which dissects the allegations of sexual abuse made against Woody Allen by his daughter Dylan Farrow and what has unfolded in the decades since.