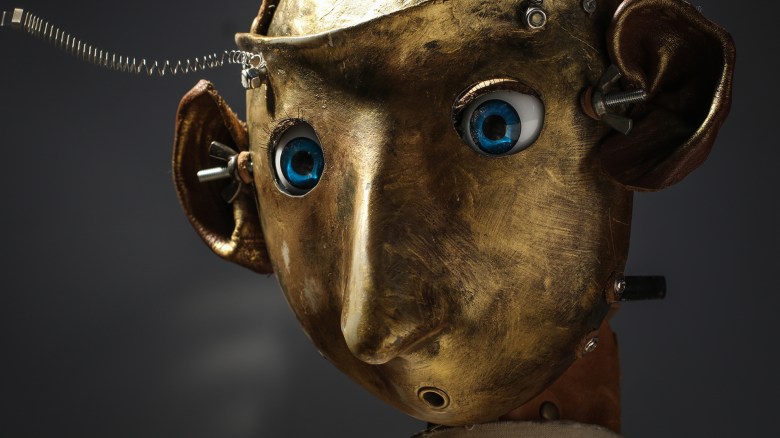 Puppetry becomes a lifeline between an ailing parent and a son in co-directors Yang Sun and S. Leo Chiang’s documentary “Our Time Machine.” Back in 2015, Sun met Maleonn (aka Ma Liang), a well-known artist from Shanghai, and was fascinated with his work, especially when Maleonn decided to use life-size puppets to honor and connect with his father, also an artist, who suffers from Alzheimer’s. Three years and around 3,000 hours of footage later, they concluded the shooting stage of the project in 2018.

By recreating some of their memories together through his creations, Maleonn was in a sense traveling back in time to those cherished instances. For the directors, the idea of an artist trying to stop time so he can have more of it with his loved one was very resonant. As he loses his memory, there’s a sense that the father is fading away, but by capturing treasured recollections in the puppets’ performances they are symbolically saved from being forgotten.

For greater effect and context, the filmmakers work on the story on multiple levels: the artistry and the subjects’ everyday lives. “We knew that there were going to be two strands of the story. One is the production of the puppet performance, called ‘Papa’s Time Machine,’ that our main character Maleonn undertakes at the beginning of the film and the other strand is the family dynamic. And especially the father-son relationship, given that Maleonn‘s father Ma Ke is suffering from Alzheimer’s,” said Chiang during a virtual Q&A as part of the International Documentary Association’s annual screening series. Watch the video of Sun and Chiang’s interview with Managing Editor Christian Blauvelt above.

This was Sun’s first foray into feature documentary filmmaking, which made Chiang’s involvement all the more important. The latter decided to come on board as a producer after having seen only a few minutes of what Yang had already filmed with Maleonn. As a mid-career storyteller seeing his own parents aging, Chiang felt personally connected to the generational nature of the story.

“Maleonn and I are about the same age, and part of why this story resonated with me so much is because it felt oddly autobiographical…watching Maleonn’s story unfold was just viscerally powerful,” said Chiang.

Maleonn’s lifelike puppets are so detailed that they almost resemble high tech animatronics. They are able to blink and have realistic movements, which puzzles and shocks anyone who witnesses their appearances, including the directors. In “Our Time Machine,” these figures added not only beautiful visuals to the story but a greater significance. In Maleonn’s “Papa’s Time Machine” one of the puppets represent the artist and his father.

“The operation of the puppet could feel slow and awkward, and actually in some ways it’s a perfect portrayal of aging and then that contrasts with some of the [movements] of the younger puppet, there were a lot of visual opportunities there,” said Sun.

“One of the things that we did was really to use some narrative visual devices to shoot the puppets. The observational, current day scenes are mostly done handheld, but we pull out the crane, we pull out the dolly, we did much more stylized shooting with the puppets because they were supposed to exist in the different world,” added Chiang.

Through a beautiful portrait of growing old, Maleonn, still a young man, is able to grapple with the process of aging, the good and the bad, as a reminder that if we are lucky to live as his father has, we may face similar infirmities. In the end, the directors think, what matters are the people who go along with you on the journey of life. That’s the sentiment they hoped to get across.

“[I want] this film to remind folks what’s important in our lives, which is family and these moments that money can’t buy. [I want] folks to watch this film and be able to kind of see the priorities in their lives differently afterwards,” explained Sun. “It’s about aging. It’s about this illness. It’s about an artist creating work,” added Chiang. “But it’s just really about love and it’s about what it means to live a life and the choices that we make and how we see life and how we celebrate the messiness and the imperfection of life.”