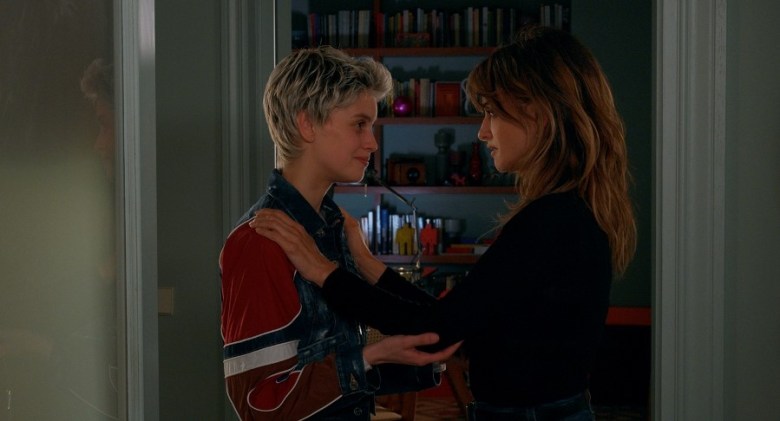 Pedro Almodóvar is back with his first film since 2019’s Oscar-nominated “Pain and Glory,” and he’s reuniting with some of his favorite muses including Penélope Cruz, Rossy de Palma, and Julieta Serrano. Described by the filmmaker as an “intense drama,” “Parallel Mothers” makes its world premiere at the Venice Film Festival on September 1. Before then, feast on a swoon-worthy first teaser for the film, exclusive to IndieWire, below.

Here’s the synopsis for the film courtesy of Venice: “Two women, Janis and Ana, coincide in a hospital room where they are going to give birth. Both are single and got pregnant by accident. Janis, middle-aged, doesn’t regret it and she is exultant. The other, Ana, an adolescent, is scared, repentant, and traumatized. Janis tries to encourage her while they move like sleepwalkers along the hospital corridors. The few words they exchange in these hours will create a very close link between the two, which chance will undertake to develop and complicate in such a decisive way that it will change the lives of both.”

As evidenced by the teaser, this is going to be another beautiful film shot by Almodóvar’s trusted cinematographer José Luis Alcaine, who’s photographed many of the director’s films including “Women on the Verge of a Nervous Breakdown,” “Volver,” “Bad Education,” “Pain and Glory,” and more.

The film is written and directed by Almodóvar, and stars both regular and new collaborators Cruz and De Palma, plus Milena Smit, Israel Elejalde, and Aitana Sánchez-Gijón.

Sony Pictures Classics will release the film stateside on December 24. As usual, “Parallel Mothers” is a production of El Deseo, the banner Pedro Almodóvar operates with his brother, Agustín. The film was shot in Madrid in March 2021, and wrapped just a month later in April.

“With ‘Madres paralelas’ I return to the female universe, to motherhood, to the family,” Almodóvar said in a casting announcement for the film back in February. “I speak of the importance of ancestors and descendants. The inevitable presence of memory. There are many mothers in my filmography, the ones that are part of this story are very different.”

“Parallel Mothers” is Almodóvar’s first feature directorial effort since “Pain and Glory,” which won Antonio Banderas the Best Actor prize at Cannes and earned Academy Award nominations for Best Actor and Best International Feature Film. Almodóvar’s most recent release was the short film “The Human Voice,” starring Tilda Swinton and based off Jean Cocteau’s play of the same name.