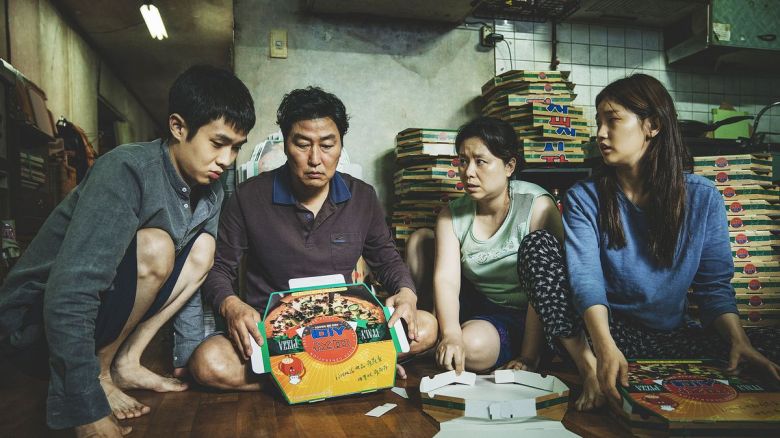 There were no shortage of buzzy movies at the 2020 Sundance Film Festival, from Grand Jury Prize winner “Minari” to record-breaking acquisition “Palm Springs,” but the one movie all of Park City couldn’t stop talking about was Bong Joon Ho’s “Parasite.”

With the Oscar nominations announced before Sundance began this year due to the earlier Academy Awards telecast date (in years past the Oscar noms are announced the Tuesday after Sundance’s opening weekend), IndieWire decided to ask many of the directors, actors, and more who stopped by our studio (presented by Dropbox) which films they were championing to win Oscars. The near-unanimous answer: “Parasite.” From Carey Mulligan to Bo Burnham, Sienna Miller, Camila Mendes, Cristin Milioti, and the cast of “Minari,” Sundance’s biggest stars are all championing Bong Joon Ho on Oscar night (watch the video above).

“That bit when the housekeeper comes back and disappears into the basement, I remember thinking is the first time in 10 years where I have no idea what’s about to happen,” “Promising Young Woman” director Emerald Fennell raved about the film alongside Mulligan and Burnham, both of whom couldn’t contain their excitement for “Parasite.” “Anything could be in that basement. It could be a kraken or 1,000 ghosts or just nothing. The thrill of not knowing is just amazing.”

Carrie Coon, attending Sundance this year as the star of Sean Durkin’s “The Nest,” agreed with her co-star Oona Roche that “Parasite” deserved awards love, but “The Leftovers” star also took a moment to stump for “Little Women.” Coon’s husband, Tracy Letts, has a supporting role in “Little Women.” Coon expressed frustration with Gerwig not landing one of the five nominations for Best Director.

“I personally am a huge fan of ‘Little Women,'” Coon said. “My husband is in the film. As a director, Greta has shown herself to be so confident and sure-handed. Her lack of a nomination for Best Director is disconcerting. She directed that movie, she adapted that movie, and it’s just stunning.”

“Parasite” is nominated for six Oscars at the 92nd Academy Awards: Best Picture, Best Director, Best Original Screenplay, Best Production Design, Best Editing, and Best International Feature Film. Should “Parasite” win any of these Oscars, it will become the first South Korean movie to do so. The Oscars are Sunday, February 9 on ABC.