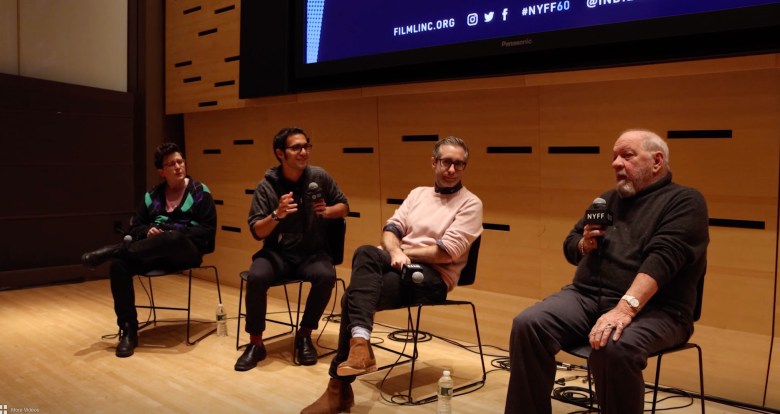 A few weeks ago, Paul Schrader went to the Venice International Film Festival to premiere his new film “Master Gardener” and receive a lifetime achievement award. Not long after his return, the filmmaker was in the hospital, suffering breathing problems and struggling for his life. At the time, Schrader thought he was a goner.

“If you had asked me six weeks ago if I could direct again, I would have said I couldn’t direct a game of miniature golf,” he said this week. Fortunately, his condition improved in the ensuing days, and he was released from the hospital on September 20. That gave him enough time to get his act together for the North American premiere of “Master Gardener” at the New York Film Festival, where he showed up as a special guest during a live recording of IndieWire’s Screen Talk podcast this week. IndieWire’s Eric Kohn hosted the episode alongside fellow staffers Jude Dry and David Ehrlich.

“I seem to be on the rebound,” Schrader said. “I do think there is a very good chance I’ll direct again, as long as I can find some fools who will finance me.”

“Master Gardener” stars Joel Edgerton as a horticulturalist with a dark past who falls for his employer’s grand-niece (Quintessa Swindell) and gets swept up in a dramatic redemption story. The movie follows Schrader’s “Card Counter” and “First Reformed” to complete a trilogy of stories about tortured men attempting to take justice into their own hands. It’s also the latest evidence of Schrader’s ability to tell stories on a small scale with only a few characters, a notable contrast to other major directors who emerged from the 1970s New Hollywood wave.

“There are a handful of my generation — Marty [Scorsese], George [Lucas], and Steven [Spielberg] — who have the fortunate gift of being able to play with the big toys,” Schrader said. “The big toys are very dangerous, because they can kill you.”

Still, Schrader recalled telling French auteur Olivier Assayas that he was jealous of the way the country’s government supported its artists. “My creative life would be so much easier if I were French,” Schrader said. “You don’t get a dime in this country. You have to go out with your begging bowl picking up scraps. That’s how you make films.”

That doesn’t mean that Schrader’s most famous screenplay, “Taxi Driver,” or his 1978 directorial debut “Blue Collar” couldn’t get made today. “How would I make ‘Taxi Driver’ today?,” Schrader asked, repeating a question from an audience member. “Put the pieces together and make sure you’re in the center. … That way, they can’t cut you out, because you are the center. That’s the trick.”

Earlier in the episode, Dry discussed the recent box office failure of “Bros” and the various theories about why it fell short of expectations. The trio also touched on Apple’s recent decision to release the Will Smith action-drama “Emancipation” in December and touched on some of the highlights from this year’s NYFF.