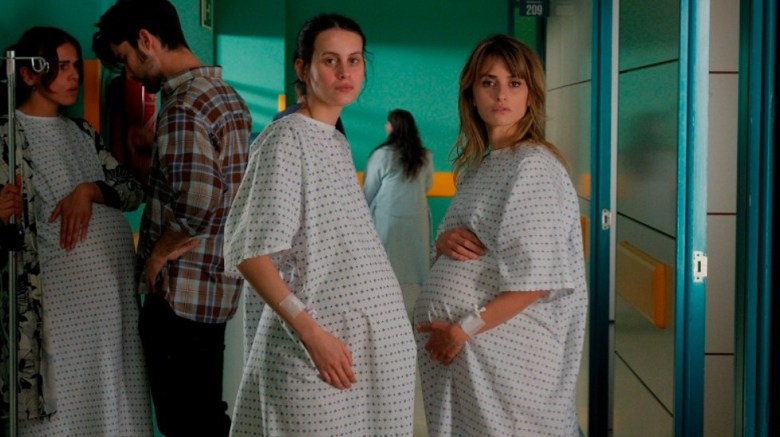 Penélope Cruz has long been a great muse for Spanish filmmaker Pedro Almodóvar — from 1997’s psychosexual thriller “Live Flesh” to “Volver,” which earned her a Best Actress Oscar nomination, and now “Parallel Mothers.” Across seven films, including such sumptuous melodramas as “Broken Embraces” and “All About My Mother,” Cruz has skillfully conveyed the complex range of emotions that the filmmaker asks of his actors. Because “Parallel Mothers” was shot during the pandemic, actors including Cruz (who plays photographer Janis Martinez) and Milena Smit (who plays Ana, a young woman who comes into her life after a switched-at-birth incident while in hospital) had more time to rehearse those beats.

“We had five months for this movie because of Covid. We were in pre-production and having more time for rehearsal than we normally have with him,” Cruz explained to IndieWire’s Eric Kohn in a video interview (below). But for Cruz, that level of preparation didn’t mean inhabiting the role of a woman who loses a child she didn’t know was hers, any easier.

“The character suffers so much and has this huge threat. Life doesn’t want her to have a family. She never had the opportunity. She was an orphan,” Cruz said, who felt her character’s “desperation of creating her own family, and once she is accomplishing that, some other threat appears that is really challenging. As a woman and a mother, to put myself in her skin… it’s not about thinking, it’s about feeling.”

Cruz said that from the beginning of rehearsals, Almodóvar told the actress that she is typically “somebody who expresses emotion through tears or in a more passionate way than Janis… He told us part of the rehearsal process was about drying our tears. These things can mix up, your instrument, your own traumas, your own memories, good, bad, everything, with getting to the character without forcing it. Forcing it would be terrible.”

Almodóvar’s ambiguous approach to the material allowed Cruz to keep her emotions in check. “For 30 or 40 minutes you don’t know if you’re watching a thriller, film noir. Anything but melodramatic. It’s so dry and you can almost feel the beat of their hearts, and it’s really suffocating. It’s so clever he did that as a director. The whole thing is planned from beginning to end, every single shot, the temperature of everything,” she said.

“My character, and also me as an actress, needed to have that permission to have that release when she decides to share some truth, to have that emotional release, where she ends up throwing up on the floor in the bathroom, crying hysterically. Without that moment, Janis would’ve lost her mind. Maybe me too, playing her. We needed to go through that explosion, but that explosion would’ve come much earlier if it wasn’t for Pedro being there, making sure that we are being fair to playing somebody that expresses her pain in a different way, that is much more dry, and tough, and of course, it hurts the same, and maybe even more.”

Cruz said that part of the beauty in returning to the filmmaker’s world again and again lies in the fact that “you see one frame from a film from Pedro and immediately know it’s his world, his universe, because he’s involved in every decision, and everything is there for a reason.”

Watch the full interview with Penélope Cruz above.