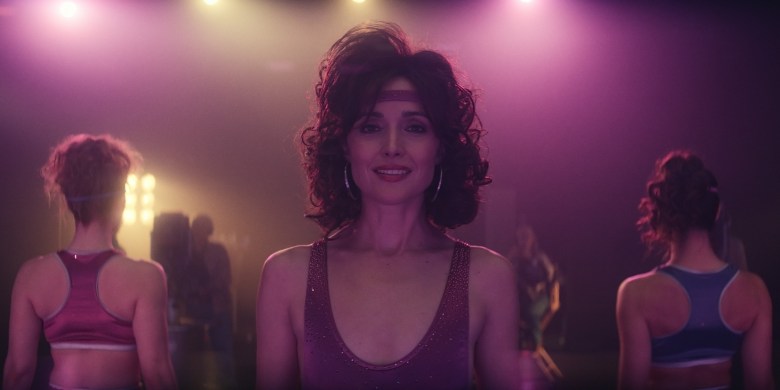 The 1980s is a decade rife for mockery, though that’s not what actress Rose Byrne nor series creator Annie Weisman wanted with their new series, “Physical.” The show follows Sheila Rubin (Byrne), a disaffected Southern Californian woman struggling with an eating disorder who gets into aerobics, and picks up at the start of consumer-centric decade.

For Weisman, it was a deeply personal story. “It came from a lot of different impulses,” she said in the above interview with IndieWire. Weisman felt San Diego and the ’80s were often portrayed as idyllic places which she wanted to subvert. It was in the world of fitness and aerobics that, for Weisman, women were able to create a sense of autonomy with each other.

There was a similar feeling for Byrne. “Sheila, she finds a way out through [aerobics],” said Byrne. “It was a really specific examination of America and of that great American spirit of the innovator, the entrepreneur, [and] fostering independent thinking.”

Byrne went on to say that the decade was a time for women to become entrepreneurs using fitness and wellness. Names like Jenny Craig and Suzanne Somers became shining examples for how women could be their best selves. As they strove for success, they simultaneously found a newfound sense of economic independence.

“Physical” is a series that has left many audiences talking, particularly about how it portrays eating disorders. IndieWire’s “B-” review of the series stated, “In a way, ‘Physical’ could be triggering, particularly for those who have or struggle with disordered eating. But what Weisman’s scripts do so well is not necessarily focus on Sheila’s bulimia but her mental health and how society has contributed to her issues. Sheila’s thoughts are constantly spoken out to the audience, reminding us of how she thinks she’s dumb, fat, and hates everyone. These are Sheila’s thoughts, but they’re more the constant sense of self-loathing and doubt that everyone experiences and we’re told to just cast aside.”

You can watch the full videos with Annie Weisman above and Rose Byrne below.

“Physical” is streaming now on Apple TV+. New episodes will be released each week throughout the first season.

This Article is related to: Television and tagged Apple TV Plus, Physical, Rose Byrne