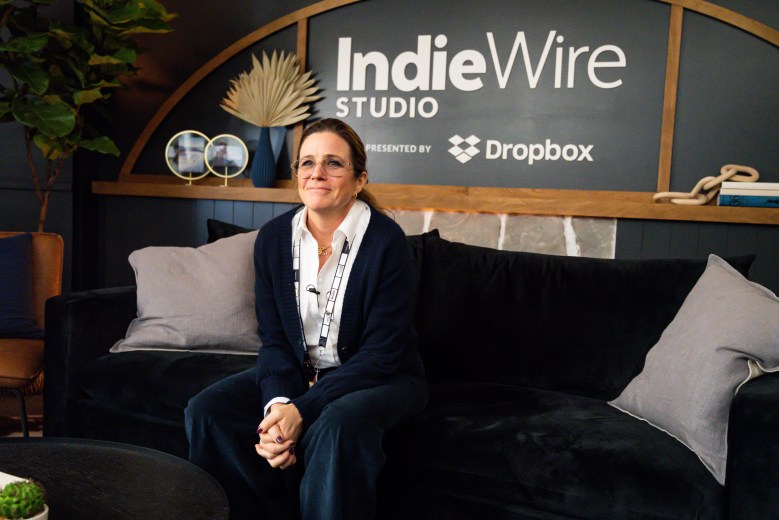 At the first Sundance Film Festival since Roe v. Wade was overturned, documentaries that explore how we reached this moment and how we’re handling it are all the rage. Doug Liman’s “Justice” has attracted plenty of attention for its examination of sexual assault allegations against Supreme Court Associate Justice Brett Kavanaugh, whose nomination to the Court ultimately swung its ideological balance to the right. But the present and future of the abortion rights movement are every bit as historically significant, and that’s where “Plan C” comes in.

Tracy Droz Tragos’ documentary about the distribution of abortion medication through the mail paints a critical portrait of how some women have adapted to the new reality. In an appearance at the IndieWire Studio at Sundance, presented by Dropbox, Tragos spoke about the unique historical moment that led her to make a film about a type of abortion that few people know about.

“When Kavanaugh was appointed to the Supreme Court, the writing seemed on the wall that Roe would fall. And I started to look into what are folks doing to prepare,” Tragos said. “I had seen folks taking abortion medication in a clinic setting. But the notion that this was something people could receive in their homes and self-manage was such a paradigm shift. But this was 2018 and I thought ‘that’s never gonna happen.’ And then when COVID hit, everything changed.”

Tragos went on to explain that a large percentage of Americans don’t fully understand what abortion medications do, often confusing them with contraceptive products that have very different purposes.

“The reality is that not a lot of people even know that abortion medication exists,” she said. “It’s been approved by the FDA since 2000, it’s been approved in France since before then, and other countries before that. It’s been around for a long, long time. But the FDA has restricted it, and a lot of people still think it’s emergency contraception, Plan B. But this is Plan C.”

Making a film like this is not without its risks, and that’s before you factor in the regular challenges of shooting an independent documentary during a pandemic. But Tragos explained that the bravery of her subjects inspired her to power through the adversity and complete the film.

“It’s hard to be an independent filmmaker and make a film on your own,” she said. “And then to make a film about abortion — it’s hard. It’s hard to raise the funds, it’s hard to get support for it. But once I started following these brave people I felt like, ‘I gotta be brave.’ I have to at least meet them where they are. So despite many many obstacles… filming during COVID, which is a shitshow. Needing to protect people at times, which is really hard, but I’m happy that we’ve been able to get it out now. There was an urgency to it that I couldn’t ignore.”

“Plan C” is premiering at the 2023 Sundance Film Festival.

This Article is related to: Film and tagged Plan C, Sundance Studio 2023