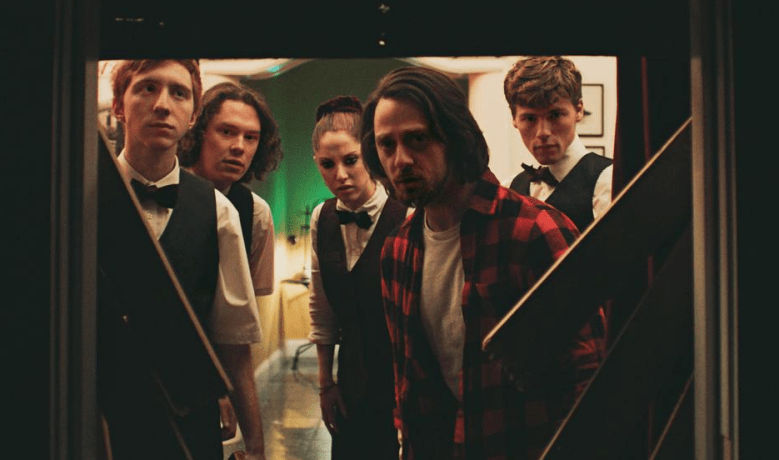 From IndieWire’s B+ SXSW review: “Racela guides the action with a self-assured hand, pacing the action at a steady clip and eliciting convincing performances from the cast of mostly newcomers. Racela edited the movie as well, and his choices here are perhaps his most effective; a few well-timed sharp camera turns easily establish the film’s comedic style. Also impressive is how the various narrative threads of this proudly pulpy horror outing coalesce into a satirical take on puritanical religious teachings. Though their curiosity unleashes a holy hellscape of demonic proportions, the real demons in ‘Porno’ are self-denial, self-blame, and blind adherence to the rules.”

Following its SXSW debut, the film made the rounds at top genre festivals such as Fantasia Fest, Sitges, and Telluride Horror Show.

Fangoria will partner with Cranked Up Films for a May VOD release, where it will ultimately land on premier horror platform Shudder.

Check out this awesome Mondo-inspired official poster as well: