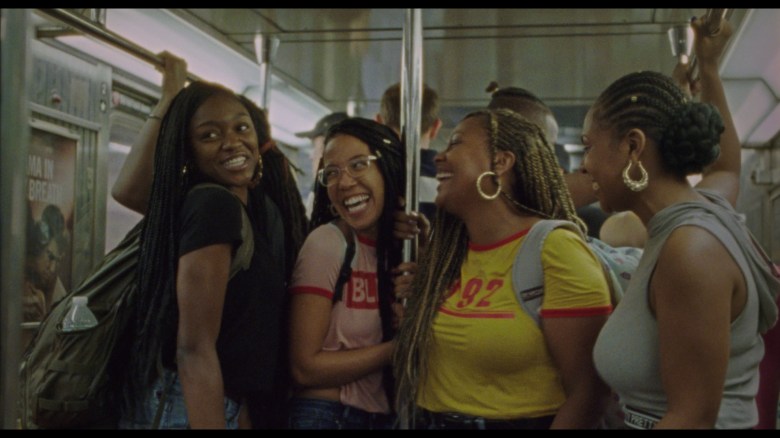 For his lively sophomore effort, Green was honored with the Independent Spirit’s Someone to Watch Award late last year for the 2020 edition of the awards show. He is also nominated for the John Cassavetes Award, which has yet to announce a winner. In this gorgeous exclusive first trailer, it’s easy to see why the indie film community was so taken with “Premature.”

The official synopsis reads: “On a summer night in Harlem during her last months at home before starting college, seventeen-year-old poet Ayanna (Zora Howard) meets Isaiah (Joshua Boone), a charming music producer who has just moved to the city. It’s not long before these two artistic souls are drawn together in a passionate summer romance. But as the highs of young love give way to jealousy, suspicion, and all-too-real consequences, Ayanna must confront the complexities of the adult world—whether she is ready or not. Emotionally raw, intimate, and honest, Premature is at once timeless and bracingly contemporary in its portrait of a young woman navigating the difficult choices that can shape a life.”

In her positive review of the film out of last year’s Sundance, IndieWire’s Kate Erbland wrote: “Green makes a strong case for both Ayanna and Isaiah having their own issues to sort out, their own pain, their own secrets. While Ayanna remains the focal point of the film, Green and Howard’s script find the space to explore Isaiah as well, shrugging off easy answers in favor of digging into the meat of real life.”

“We asked ourselves what we felt was missing in present-day black cinema,” Green told IndieWire by email. “We felt there was an overabundance of black films with narratives driven by themes of black victimization, black fear, and black pain. Although we understood the impulse to explore these narratives, we decided instead to explore black life and black love. In the current cinematic climate, we viewed simply telling a young black love story as a radical act.”

IFC Films will release “Premature” in theaters on February 21. Check out the film’s first trailer, available exclusively on IndieWire, above.

Take a first look at the film’s alluring poster as well: