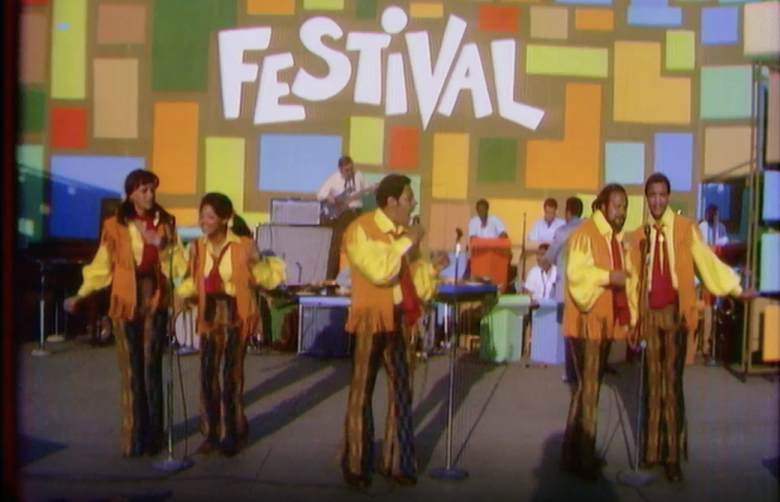 Though he’s been the drummer of The Roots for over three decades, produced music for the likes of Erykah Badu and Jay-Z, and teaches college classes at New York University, one thing Ahmir “Questlove” Thompson hadn’t done is direct a feature film.

His debut, “Summer Of Soul (…Or, When The Revolution Could Not Be Televised)” premiered to raves at the Sundance International Film Festival last week. In an interview at the Sundance studio, presented by Adobe, Thompson said crafting the documentary required getting through some initial imposter syndrome. But he realized directing a film wasn’t so unlike the work he’s been doing for seven years with The Roots as the house band of “The Tonight Show Starring Jimmy Fallon.”

“Because of my experience in curating festivals or doing shows, either with The Roots Picnic, or, there are times when The Roots are the house band for 12 different acts on the show. It’s my job to put all the pieces together,” he said. “I’m always thinking of the establishing action, rising action, the climax, and then the falling action, and then the end.”

Thompson’s film brings to light for the first time highlights from some 45 hours of basement-found footage from the Harlem Cultural Festival, a series of concerts attended by 300,000 the same summer as Woodstock.

“I’ve probably had to do six or seven rounds of just sifting through all that footage, either directly watching it and studying it, or having it on in the background and something catches my eye,” he said. “I wanted to take note of what just gave me goosebumps. The first moment for me was watching Stevie Wonder do a drum solo — it’s so on-brand because I’m a drummer.”

That drum solo went on to anchor the beginning of the film, establishing a vibrant filmmaking style that weaves musical rarities, stunning footage, and social and musical commentary.

“I wanted to have an intro just as strong and gripping as an ending, then in the middle, I think that’s where you sit the most powerful, meaningful moment: Mahalia Jackson passing the baton to Mavis Staples and them singing ‘Precious Lord’ together,” he said. “Once we had that, then it’s like figuring out a puzzle, where do the other pieces fit in?”

The fact that this footage sat unpublished fo so long struck a chord with Thompson.

“I personally live a life where musical gatherings and musical moments define my life. Being 12 years old in the height of ‘Thriller’ defined my life. Being six years old when ‘Saturday Night Fever’ was at its apex, that defined my life,” he said. “What would have happened if this was allowed a seat at the table? How much of a difference would that have made in my life? That was the moment that extinguished any doubt I had that I could do this.”

This Article is related to: Film and tagged IndieWire Studio, Questlove, Summer of Soul, Sundance