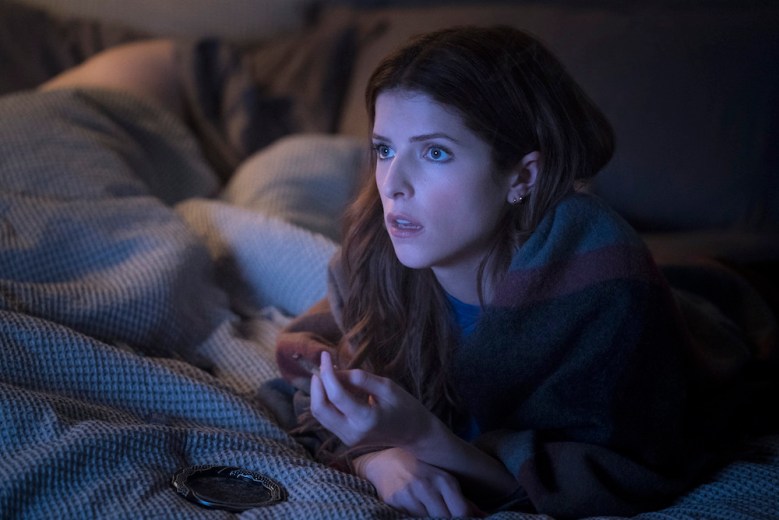 There are many kinds of tragedy and 2020 has been witness to far too many of them. The continued mismanagement of a virus that to date has killed more than 220,000 Americans is undoubtedly a tragedy, a senseless one at that, and one that will leave continue to serve as an open wound on the national psyche for years to come.

But playing out in the background of an international health crisis are dozens of other tragedies that function more in the Shakespearean sense and less in the crushing-existential-ennui sense: tragedies in which a protagonist ends up hoisted by his own petard, often described as tragedies of miscalculation.

Which is all a very long-winded way of saying: I come to bury Quibi, not to praise it.

The $1.75 billion little streamer that couldn’t called it quits on Wednesday, just six-and-a-half months after its disappointing launch. The Wall Street Journal reported that founder Jeffrey Katzenberg and co-founder Meg Whitman penned an open letter to both investors and employees, outlining several theories as to why the endeavor wasn’t as successful as they’d hoped, but ultimately stating, “Our failure was not for lack of trying. We’ve considered and exhausted every option available to us.”

What reasons, you might ask, were given as to why the platform suffered from a failure to launch from, well, launch? I’m glad you asked.

On one hand, the pair posited, it was possible the concept behind Quibi wasn’t strong enough to support its own platform. They’re not wrong, though that does feel like a point that should have been identified and addressed at some point during the R&D process, but who has time to hammer out tiny, insignificant details like whether or not you have a viable business model when you have $1.75 billion dollars that isn’t going to spend itself?

Or, failing that, the execs could have looked at how individuals familiar with the television industry, but not invested in the failure or success of Quibi — that is to say, journalists —were reacting to their business model and strategies. Spoiler: It wasn’t great. Critics took issue with the price point, the delivery method, the storytelling hurdles, and honestly, the idea that with so many other streaming entertainment options out there, free and otherwise, that people would be so taken with whatever Quibi was doing, they would hop on board wholesale.

And yet, six months later, here we are.

As infuriating as that excuse is, however, the other reason given for Quibi’s abject failure is even worse. There’s also the matter of COVID-19 and the platform’s unfortunate launch in the middle of a pandemic.

Will Forte and Kaitlin Olson in Quibi’s “Flipped”

“Unfortunately, we will never know, but we suspect it’s been a combination of the two,” they said, according to WSJ.

Incorrect. Let me tell you right now: It’s not COVID’s fault that Quibi failed. And while we’re at it, despite what you might have read elsewhere, COVID is not destroying Peak TV. COVID’s a bad dude and he’s messed up a lot of stuff this year, including movie theaters, sporting events, and live theater, but Quibi and Peak TV are not among them.

Katzenberg and Whitman had it right from the jump (finally). Quibi was an unsustainable business model in an over-saturated market already overflowing with legitimate OTT streaming options from established entertainment entities. They showed up to a gunfight with a Jell-O salad and they got obliterated, with nary a mini marshmallow left in their wake.

Was it unfortunate that the pandemic caused upheaval in the company’s roll-out? Sure. But in practical terms, its the difference between dying a death of a thousand cuts or getting blown up by an oversized stick of Acme-brand dynamite. The end is coming either way. At some point, you just have to appreciate how easy it’ll be to clean up.

This is actually the exact opposite of the problem with COVID and Peak TV.

While production has absolutely been disrupted within the TV industry and extensive health and safety measures instituted, surely at great expense, this is ultimately a temporary solution to a temporary problem. As much as it may feel as though this year will never end, some version of normality will return to Hollywood and the creative process will continue. Broadcasters and streamers will still need content, and that content will be created at precisely the same level of quality it was in the before times. There will be execrable shows, there will be revolutionary shows, but mostly, there will be shows that fall somewhere between mediocre and just fine.

If there’s anything to be wary of during this period in which previously renewed shows are being retroactively canceled or renewal decisions being allegedly determined based on COVID-related cost concerns, it’s that it serves as a great excuse to cut series prominently featuring BIPOC, LGBTQIA+, or women while simultaneously trying to dodge criticism of those decisions.

COVID is a tragedy. Quibi was a much different kind of tragedy. Don’t confuse the two, and don’t get sucked into the trap of correlation vs. causation because that would be, well, a tragedy.

For so much more about the timely demise of Quibi make sure to listen to this week’s episode of IndieWire’s TV podcast “Millions of Screens” as hosts Deputy TV Editor Ben Travers, Creative Producer Leo Garcia, and TV Awards Editor Libby Hill, go hard on what happens when you throw a lot of money at a terrible idea, as well as the future of potential Emmy-winning TV series concept “Libby on Quibi.”

Plus, even more on recent misunderstandings regarding the state of Peak TV in the face of recent Netflix cancelations. In keeping with ongoing social distancing mandates, this week’s episode was again recorded from the comfort of everyone’s respective Los Angeles-area apartments, and we’re again offering viewers a video version of the podcast, as embedded above.

This Article is related to: Television and tagged Direct, Millions of Screens, Podcasts, quibi, Video