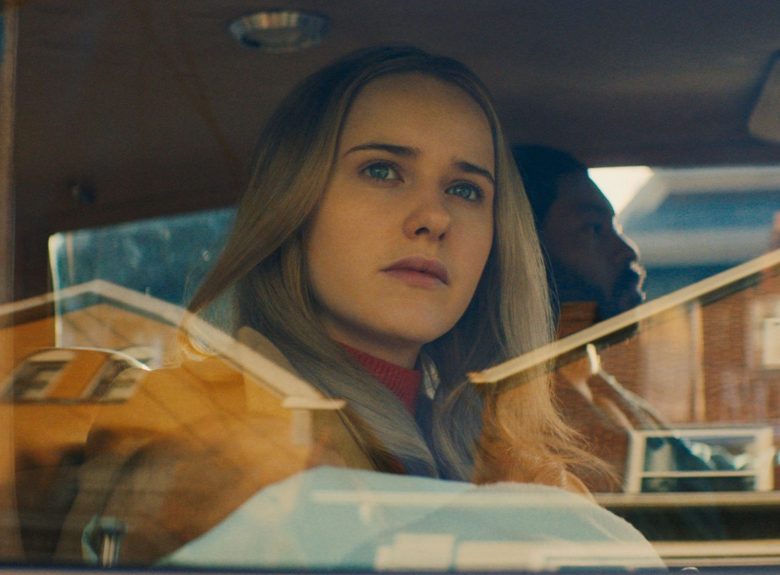 When Rachel Brosnahan first read the script for “I’m Your Woman” (Amazon Studios), a ’70s-inflected crime thriller inspired by Tuesday Weld’s character in Michael Mann’s 1981 “Thief,” she was alone in a hotel room. She responded to the way co-writer-director Julia Hart (“Fast Color”) and co-writer-producer Jordan Horowitz (“La La Land”) gave the genre a feminist twist, a shift in perspective.

Even after her breakout success on “House of Cards” and “The Marvelous Mrs. Maisel,” Brosnahan doesn’t get scripts like this, she said in our Zoom call, above. “I’m not seeing the kind of three-dimensional, bold, and dynamic women I want to play,” she said. “This script leapt off the page.”

It’s a story about motherhood, for one thing. After thief Eddie (Bill Heck) drops an infant in the arms of his sad suburban housewife Jean, she brightens up. But then he suddenly takes off, leaving her in the hands of his old friend Cal (Arinzé Kene), as she finds herself on the run with a baby on her hip (Mandalorian-style), trying to figure out who she is.

Instead of following the men’s stories, Hart and Horowitz follow the women who are usually relegated to the sidelines. “They swing the lens back on a woman who wanted to be relatively normal, with a husband, house and family,” said Brosnahan. “It takes a quiet confidence to center on a woman’s life in a story like this. They give her space to grow, frame by frame.”

While she was attracted to a character she had never seen before on screen, the actress had to figure out how to play this quiet, restrained woman. “She’s so careful with words, so trapped inside her own head,” she said. “You want to bring a character to life in a way that encourages the audience to empathize with her. You get a look behind the curtain. I try to say a lot with a little.”

Hart’s fourth feature marks “The Marvelous Mrs. Maisel” Emmy-winner Brosnahan’s first lead film role and her first gig as an executive producer. She approached her friend Marsha Stephanie Blake (“How to Get Away with Murder”) to join her as Cal’s wife Teri; when Cal disappears, the two women team up to venture into Eddie’s criminal underworld. “I relished the opportunity to band together with another woman,” said Brosnahan, “and take on this genre together.”

The movie moved forward quickly, with a tight Pittsburgh-area shooting schedule. The women reveled in wearing slinky ’70s outfits and driving cranked-up vintage cars. Brosnahan learned to fire a gun, drag a 200-pound body, and play with babies, she said: “There’s never enough time when making a movie.” She learned to roll through scenes opposite twin infants and a “horrifying fake baby made of heavier silicone, the stuff of nightmares. They are unprofessional scene partners whose needs cannot be ignored. Continuity was a challenge. But there were magical moments, they kept us on our toes. We had to remain flexible and improvisational.”

Brosnahan will continue chasing theater, television, and film, and collaborating with women creators. “I’ve had rich experiences with so many women over the past couple of years,” she said. “There comes a feeling of being seen in a different way… It adds a layer of intimacy and authenticity.”