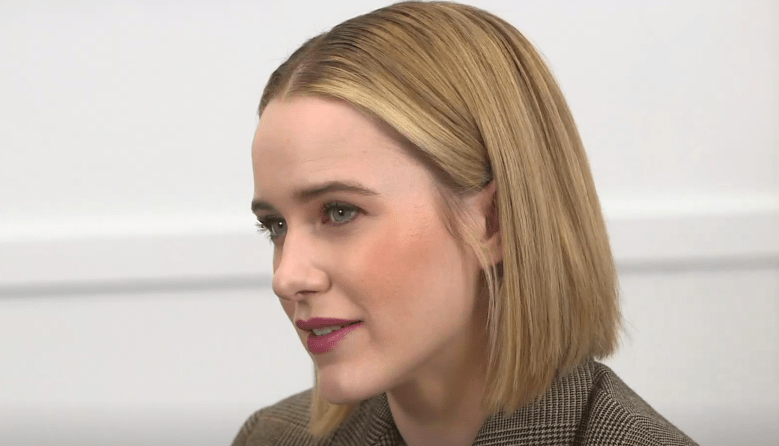 With three seasons of Amazon Prime Video’s hit period series “The Marvelous Mrs. Maisel” now behind her, Rachel Brosnahan is ready to take on the big screen. She’s currently at the 2020 Sundance Film Festival touting her new film “Ironbark,” starring as a CIA official — which is a far-cry from her self-deprecating housewife turned stand-up comic on “Maisel.” Brosnahan recently stopped by the IndieWire Studio, presented by Dropbox, in Park City to discuss what lies ahead for Season 4 of the series, which has won her two Golden Globes and a Primetime Emmy Award.

“We’ll probably start shooting sometime in the late spring. We are taking a little bit of a break. We are in much need of a nap, and we’ll be back soon,” Brosnahan told IndieWire.

As for where her character is left off at the end of Season 3 and what that means for the future of the series, Brosnahan said, “She’s hit rock bottom, again, and she has no idea what’s next. At this point it seems unfathomable, and I feel exactly the same. The next chapter of our story only exists in Amy Sherman-Palladino and Dan Palladino’s brilliant minds, and we’re really excited to hear about what’s next. They keep us on our toes. They keep surprising us.”

Season 3 of “The Marvelous Mrs. Maisel” with Brosnahan concluded its run at the end of 2019. [Editor’s Note: Spoilers follow for the season finale.] Midge has been fired from her stand-up tour with prominent singer Shy Baldwin (LeRoy McClain) after nearly outing him during her last set. Meanwhile, Midge’s manager Susie (Alex Borstein) has gambled away all their money after getting hooked on craps, blackjack, and sportsbooks during the duo’s stint in Las Vegas.

Before Brosnahan returns to help “Maisel” get her “Marvelous” back, she’ll be seen in the Sundance premiere “Ironbark.” Brosnahan stars opposite Benedict Cumberbatch, Merab Ninidze, and Jessie Buckley in a sophisticated political thriller directed by Dominic Cooke (who previously helmed the Ian McEwan adaptation “On Chesil Beach”). “Ironbark” tells the true-life story of British businessman Greville Wynne (Benedict Cumberbatch), who is tasked by his country to defuse the Cuban Missile Crisis, working with British intelligence agent Dickie Franks (Angus Wright) and Brosnahan’s Emily Donovan.

This Article is related to: Television and tagged Rachel Brosnahan, Sundance, The Marvelous Mrs. Maisel