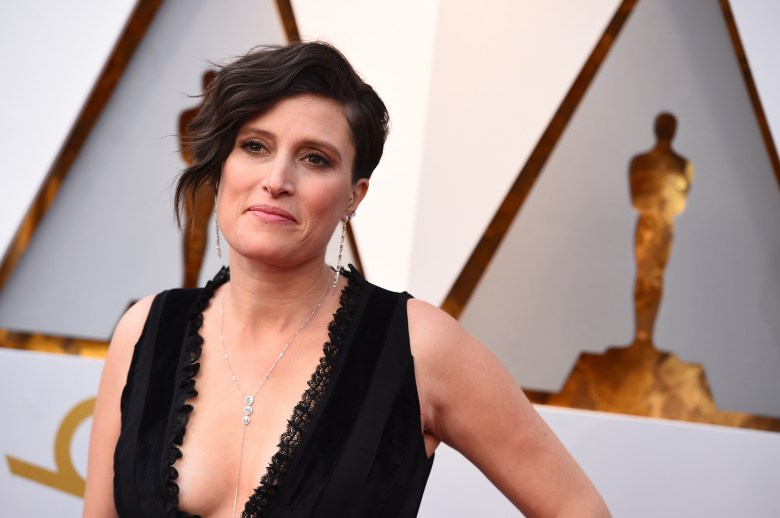 Filmmaker and cinematographer Rachel Morrison was two days into production on her Universal Pictures-backed feature directorial debut “Flint Strong” when filming was suspended indefinitely because of the coronavirus pandemic. In a video interview with IndieWire (watch the full conversation above), the Oscar-nominated cinematographer said it was “heartbreaking and traumatic” to stop rolling cameras so early in production.

“We were two days in out of 41,” Morrison said. “We just started shooting and it was going amazing and it was exciting. I was feeling very empowered and full on in directing mode. When the bottom fell out, and this is nothing compared to so many people who have it so much worse and obviously we have our health, me and the crew, but I went from full on director to full on mom with kids who hadn’t seen me for the past month overnight. There was no time to process that transition. I was a bit suspended between disbelief and depression.”

With “Flint Strong,” Morrison moves into the director’s chair for the first time after making a name for herself in the industry as the cinematographer of “Fruitvale Station,” “Mudbound,” and “Black Panther.” Her work on “Mudbound” notably made her the first woman DP nominated for the Oscar for Best Cinematography. Morrison is directing “Flint Strong” from a script written by Barry Jenkins. The film tells the true story of 17-year-old boxer and Olympic gold medalist Claressa “T-Rex” Shields.

“Barry is obviously an incredible writer and director but he’s also really collaborative,” Morrison said. “He never came at it from a ‘this is how it has to be’ standpoint. It was more, ‘You lead. I’m handing this off to you and you take the reins and you tell me what you need and I’ll support you anyway I can.’ He was off making his ‘Underground Railroad,’ he wrote every episode of that and directed every episode of that, so he was busy as we were gearing up production. But he still found time to check in, address script notes, address questions.”

“This film is literally everything you don’t want to be in Covid,” Morrison said. “It’s boxing, it’s crowds, it’s Olympics, and it’s a teen movie with prom scenes and teens getting close together. It’s a daunting task right now. In our film, there are probably just three scenes that are film-able right now. All the rest are impossible undertakings until we get a better handle on testing.”

While Morrison is eager to resume production on “Flint Strong,” moving filming to January 2021 means there is a possibility that she will not be able to reunite with Ryan Coogler on “Black Panther 2,” which she says would be devastating to her. It all comes down to timing. “The two films and film families both mean the world to me,” she said. “They may now be on the same time trajectory thanks to Covid.”

Watch IndieWire’s full video interview with Morrison in the video above.