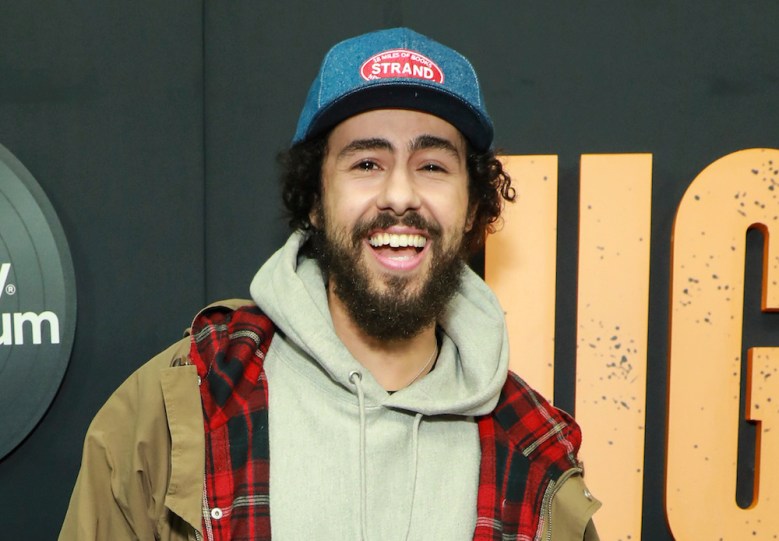 There’s a lot about “Ramy” that’s welcoming — that makes it feel like audiences can jump in at any time. From the standalone episodes spotlighting various characters, to the honest conversations about sex and faith, viewers could spark to any line, scene, or episode they come across. Still, Hulu’s award-winning series offers impeccable structure and pays close attention to its central character’s development, so it should come as no surprise creator and star Ramy Youssef sets a clear distinction between his comedy’s first season and the recently released Season 2.

“I feel like in Season 1 we did a really good job exploring this character and who he really is,” Youssef said in the above interview with IndieWire. “So now, instead of [Ramy asking] ‘Who am I?’ we really wanted to see this character dealing with who he actually is; there’s a part of his behavior that’s like, ‘Aw, shucks,’ but there’s another part of it that’s like, ‘This dude might have a problem — an intimacy problem.’ I think he struggles with sexual intimacy, but also intimacy with god, and those two things are so tied.”

As Ramy seeks a better understanding of his Islamic faith and comes to terms with himself in Season 1, audiences get to know him as well. Season 2 sees the New Jersey native take action, focusing on external choices Ramy makes to improve himself and drive not only his progression forward, but the overall story, as well.

Of course, there’s another clear delineation between seasons, embodied by a single man: Mahershala Ali, the two-time Academy Award winning actor who joins the Season 2 cast.

“I got a call from Hulu that was like, ‘Mahershala Ali wants to talk to you. He’s a big fan of the show,'” Youssef said about how Ali, a practicing Muslim, came on board. “So he called me and we talked for two hours, probably, and the phone call just built to a place where he was like, ‘Let me know.'”

Both parties initially expected Ali’s arc to be brief, amounting to a “nice guest star” role that would fit the future “Blade” actor’s busy schedule and not disrupt the plans already in place for Season 2. But as Youssef and his fellow writers brainstormed new parts for Ali, they kept circling back to one they’d already come with, albeit one intended for much later in the season.

“In my mind, I always wanted to see Ramy deal with his problems this season in a way that was more head-on, but we were building toward a Sheikh character toward the end of the season,” Youssef said. “But when we found out Mahershala Ali was going to join us, we were like, ‘Let’s just do this right off the bat. We have enough groundwork to get to this sooner’ — which made it more exciting for me.”

Ali plays Sheikh Ali Malik, the leader of a Sufi mosque who Ramy meets in the Season 2 premiere. In search of a place to worship that’s not as socially conservative as his family’s mosque, Ramy is tipped off to the Sheikh’s small, individualized service and jumps in with both (clean) feet. By honestly confessing his past misdeeds, Ramy quickly earns the Sheikh’s trust and one-on-one tutelage.

As Youssef wrote out the new story, he kept developing compelling ways to include Ali’s character in future episodes — except he was only supposed to be in a few.

“So I called him and said, ‘What if you were in four [episodes]?'” Youssef said. “We thought we could contain it to four [at the time]. And he was like, ‘Let’s do it. Let’s go.’ And then, at a certain point, after more writing, I was like, ‘How’s six [episodes]?’ And eventually it grew into a season arc.”

The additional time paid off not only in a well-received season, but for Youssef as an actor and director. Ramy bares his soul to his Sheikh in the first and last episodes of the season, and though both scenes carry a raw emotional honesty, there’s an electricity between the two men that sparks comedy. Youssef, who won a Golden Globe for his performance earlier this year, knows better than to overstate or overemphasize their humorous exchanges, trusting Ali’s gravitas and his instincts toward the scene’s purpose — like in the scene above, when the Sheikh asks, “How do I know I’m not just another one of your desires?” and Ramy deadpans, “I don’t want to have sex with you.”

“He’s such a good performer,” Youssef said about Ali. “He has amazing timing, so the main thing was just building around that and trusting that would be funny with what the scenario is, instead of trying to compensate or try to turn it into a thing [it’s not].”

Youssef is also constantly tweaking the scripts, be it small lines to better fit the back-and-forth or huge swaths of dialogue. Rather than being precious about the words, he wants to find the most honest path through a scene, including listening to his actors and incorporating their approach into scenes. He said Ali was completely on board with the process and added a lot to the Sheikh through their continued conversations.

“We really developed a shorthand,” Youssef said. “The energy of [working] that [way] with Mahershala, it was amazing to have a dude of that caliber trust that process and trust me to do that process with him. He brought so much to the character because we were doing that. He asked really good questions.”

Ali is just one part of what makes “Ramy” Season 2 special. There are a number of excellent supporting performances, an array of affecting perspectives, and Youssef’s evident self-awareness to steer audiences from one insightful observation to the next. No matter what brings you to the show, there are 10 more things that will keep you there — comedy being chief among them.

“I don’t know what ratio I could break it down to, timing-wise, but I know I never want to go too long without remembering that we’re in a comedy,” Youssef said. “I don’t want to fully enter the dark comedy space where it’s like, ‘Fuck jokes’ — I feel like that’s a tendency that can happen, and I get it, [but] I really wanted the emotion to always remain real.”