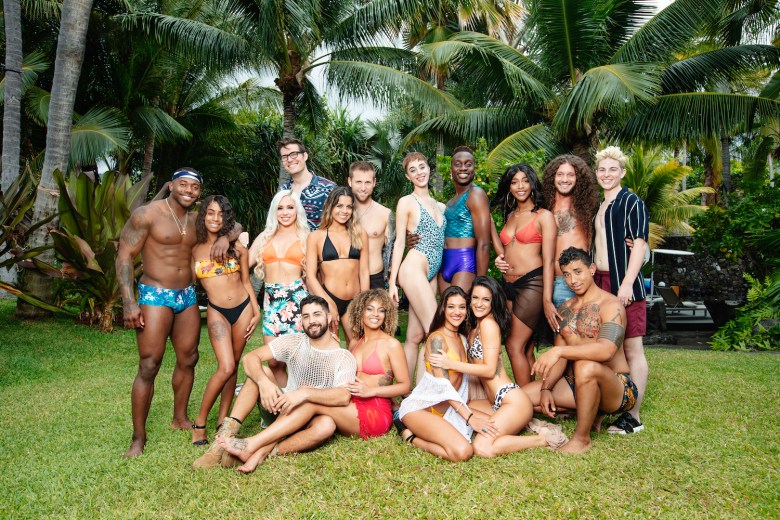 Few forms of television come with as many expectations as the world of reality TV. But in the words of some of the most successful producers and casting directors in the business, the way to combat those preconceptions is to let the people on display be as close to their natural selves as possible.

Jason Williams (director of photography and supervising producer on MTV’s “The Challenge”), SallyAnn Salsano (executive producer on “Jersey Shore Family Vacation”), and Jeff Spangler (executive producer on “Are You the One?: Come One, Come All”) joined up for an IndieWire Consider This Conversation that looked at some key evolutions in the reality casting process and offered some insight into what shapes the look of some of these series.

Knowing who you’re working with is a fundamental part of production. The best producers in today’s reality TV are so attuned to the personalities of their cast, they know how best to capture the drama unfolding in any given situation, even when the people onscreen aren’t talking.

“We have such a great team of operators and audio people that even when they’re not speaking, we kind of know what they’re thinking, just by their movements. Even at the clubs, when it’s too loud and you can’t hear anything, you just take a step back, and you just watch them from afar,” Williams said. “When you’re around people that much, you just know what they’re going to do. You can be there so you don’t have to ever [ask] them, ‘Do that again.'”

Not surprisingly, changes in the reality TV world have coincided — or are in some ways directly connected to — changes in technology. Salsano explained how each new generation of cast members is more and more equipped to step right into all that comes with being on a reality series. What once was a barrier between the star of a reality show and their audience is now a fundamental part of how that story gets delivered.

“A lot of them, they’ve already been trained. They already know how to do an interview and they already know how to do everything. And that’s changed so much,” Salsano said. “On ‘Jersey Shore,’ I remember sitting them down in the confessional room and being like, ‘You’re going to sit here. You’re going to press this button. This is your own thoughts.’ Then I remember on ‘Floribama [Shore]’ doing that again and they’re like, ‘Yeah, like a Snap Story? Like an Insta Story?’ Everybody does it in their own life anyway. So that also has changed, because they’ve already practiced how they want to look or what they want to say.”

But for as much as these participants might be at ease with some of the established reality conventions, these shows are still built on seeing how they deal with uncertainty. That seems especially true for a dating show. Spangler talked about how much the idea behind “Are You the One?” is seeing how different people on the series respond to being put in unfamiliar situations. For him, that strips away all of the facades and gets at who these individuals are underneath.

“I want people to be uncomfortable, but in those moments, be who they are. How do they react to confrontation? How do they act when they’re under a stressful environment? How do they act when when they’re falling in love?” Spangler said. “Anytime that we’re doing what we call casting finals, where you’re sitting there and it’s a panel of people asking questions, my goal always is to get people off-center. I’m always trying to make someone feel uncomfortable. Not in a weird way, but more in a way that makes them have to react to something that they’re not used to doing. When someone can take that ball and throw it right back, that’s when I know that it’s someone who should be on television.”

For more about staying supportive of cast members away from set, creating a lighting scheme for different locations, and helping people realize exactly what they’re getting themselves into, watch the full conversation above.

This Article is related to: Television and tagged Are You the One?, Consider This Panels, Direct, Jersey Shore, The Challenge, Video