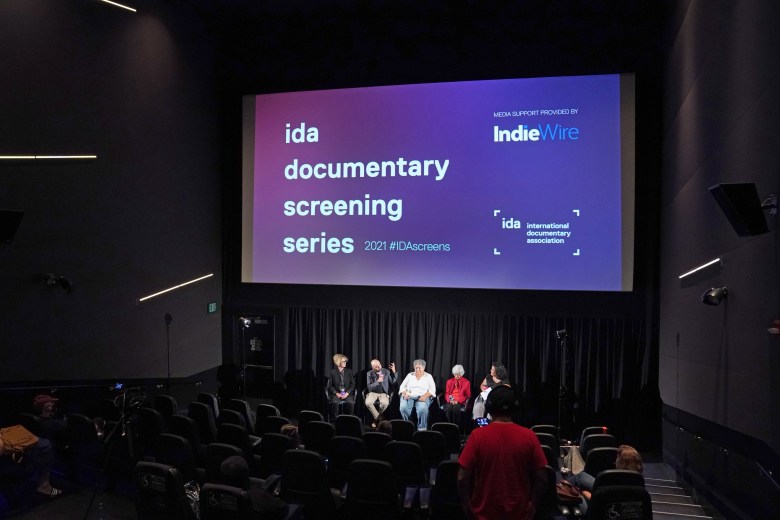 The documentary “Rebel Hearts” follows the story of The Sisters of the Immaculate Heart of Mary, a group of trailblazing nuns who, in the 1960s, fought for equality and freedom as they stood up to the patriarchy of the Catholic Church. The steps they took to modernize both their mission and the world at large continue to resonate today.

From the pop art of Sister Mary Corita Kent to marching with Dr. Martin Luther King, Jr. in Selma, the women of the Immaculate Heart community have used different mediums to stand up to the status quo. Subject Rosa Manriquez, who began as a student of the progressive nuns and later joined the community, said that she’s proud of the work she and the Immaculate Heart sisters have done because its impact will be felt for generations.

“I think that one of the impacts of our community and our community’s history is the planting of seeds in society which we don’t necessarily see in our lifetime, but which suddenly happen,” she said at a Q&A following an International Documentary Association screening of the film. “We see them bloom. There’s still a lot of other stories concerning that time that are outgrowth of the community itself.”

Manriquez mentioned people like Bishop Remi De Roo, who participated in all four sessions of the Second Vatican Council and stood up for the sisters, or John August Swanson, an artist who studied with Kent, or the women who have graduated from Los Angeles’ Immaculate Heart High School, including Meghan Markle.

Singer/songwriter Rufus Wainwright, whose original song “Secret Sisters” closes the film, also has a connection to the sisters. Said director Pedro Kos, “It actually comes from a really personal place because he had a personal connection to the story. Rufus’ great aunt, if I’m not mistaken, was connected to the community, to the order, actually. He felt so connected to that side of the family and to that struggle. He said that the song really just flowed out of him in basically very little time.”

Continued Kos, “once he sent us the demo, we were just floored. It just is such a powerful meditation at the end of the film that really embodies the journey in a beautiful, poignant, and yet celebratory way.”

Watch the IDA Q&A above, and stream the film now on Discovery+.