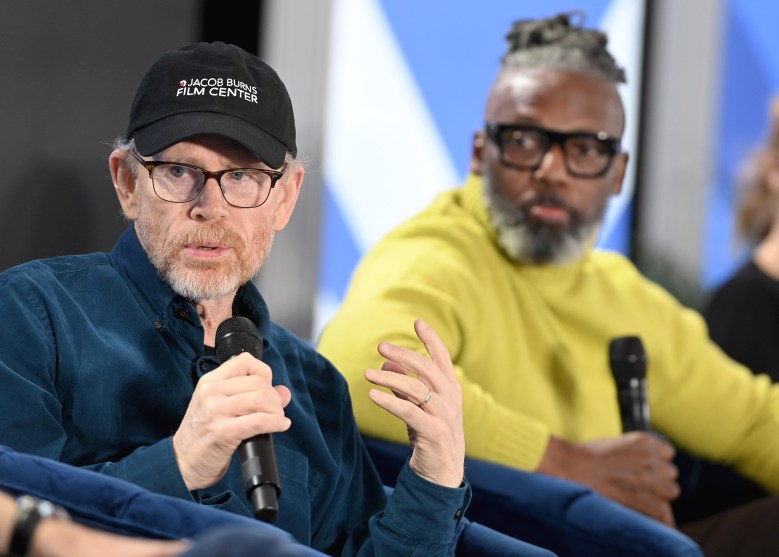 The 2018 Tham Luang cave rescue was already an internationally known story (that had been documented in other films) by the time Ron Howard began working on “Thirteen Lives.” So the Oscar winner made an early decision that his film would separate itself by providing the most thrilling, technically precise portrayal of the cave dives that rescued 12 youth soccer players and their 25-year-old coach.

At IndieWire’s Consider This FYC Brunch, Howard opened up about his process of meticulously recreating the dives while appearing on a panel moderated by IndieWire’s Jim Hemphill.

“My whole interest in this was understanding, on a personal, granular level, what it was like to be there,” Howard said. “It was to use a lot of these POV shots and keep connecting you. So different scenes would be connected to different characters, and it would be a different kind of test and a challenge. And of course the cave was shifting, and the water needed to be a character. Both visually and from a sound design standpoint, it was important to keep varying that.”

The film’s supervising sound editors Oliver Tarney and Rachael Tate took that mandate to heart. They studied the properties of water, particularly its ability to rapidly transmit sound, and used that knowledge to create a harrowing soundscape for the film’s diving scenes.

“We wanted it to be very authentic, because there’s a sort of journalistic feel to the whole film,” Tarney said. “We also understood that it’s a movie, an experience, so we tried very hard to give the water as much character as possible. One of the behaviors of sound in water is that it travels so fast. And because of that, it’s very hard to triangulate what the source of the sound is. So we decoupled the image from the sound. If something is happening on the right or the left hand side of the screen, we didn’t choose to pan that way, we soft focused everything. And it does have the effect of making it feel more like a horror film at times. You’re not sure what the source of the sound is, and it’s very disconcerting, but it is a natural property of water that we ran with.”

“Thirteen Lives” is now streaming on Prime Video. Watch the complete panel from IndieWire’s Consider This FYC Brunch above.

This Article is related to: Awards and tagged Consider This Panels, FYC Brunch, Thirteen Lives