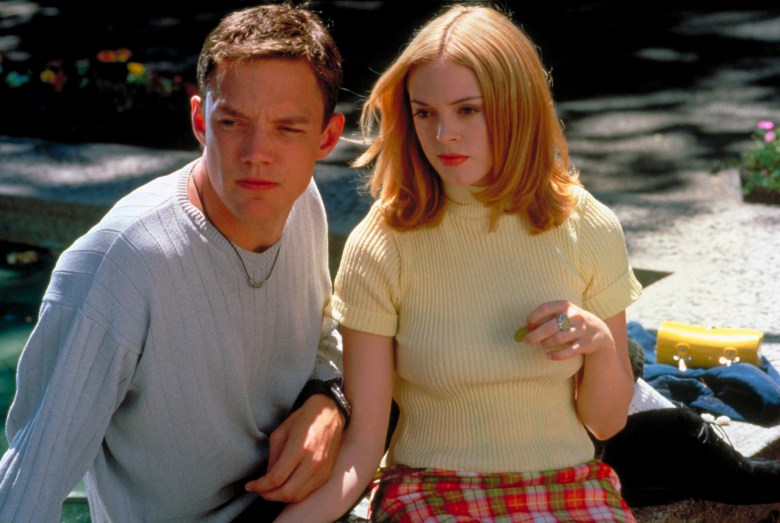 Long before headlines of another kind made her even more famous, Rose McGowan had her breakout in Wes Craven’s 1996 horror smash “Scream,” which in turn defined the revival of the teen slasher movie. But her character suffers one of the film’s most notoriously gruesome deaths when she’s crushed by a garage door.

Still, as McGowan revealed to IndieWire’s Eric Kohn during a recent Instagram Live session from quarantine, her character Tatum Riley is nevertheless on her mind all these years later. During the Instagram conversation, McGowan talked about the original movie’s legacy, which spawned four sequels and a TV series. A “Scream” reboot was recently announced with “Ready or Not” directors Matthew Bettinelli-Olpin and Tyler Gillett, and shared how she envisions her return to the franchise.

“Kevin Williamson wrote a pretty bulletproof script, and then Wes directed it beautifully, and part of directing… casting is such a huge component of it,” McGowan said. “A lot of people since then don’t realize how important it is to have vibe with each other.” The original cast was a ’90s dream team that included David Arquette, Neve Campbell, Courteney Cox, Matthew Lillard, Skeet Ulrich, and Drew Barrymore.

“It’s the kind of movie where people hand it down to their little brother or sister, and I think it’s a classic,” McGowan said. “I always think, when I listen to music, or [watch] movies, ‘Be careful kids, these are gonna be your classics.’ It’s a good one in the canon of film history, and it really did revive the horror show at that point, because it wasn’t a big thing at that point.”

When asked for her take on a possible return to the series, McGowan said, “That’s an interesting idea. I don’t want to act anymore. It’s not my thing. But I always thought Tatum should’ve had a twin that came back and was like ‘hell to the no,’ and had dark hair, and revenged her.”

McGowan added, “In a perfect world, I thought that would’ve actually been a really smart element. She could still do that. She could still have a twin that was maybe institutionalized and got out and is like, ‘It’s on.’ She could’ve been the family shame because the family was kind of perfect.” McGowan said that, if invited back, she would break her acting hiatus, and that, yes, “I would play the sister who was institutionalized and who came out and wreaked havoc.”

Watch the clip above and stay tuned for more from IndieWire’s conversation with McGowan.